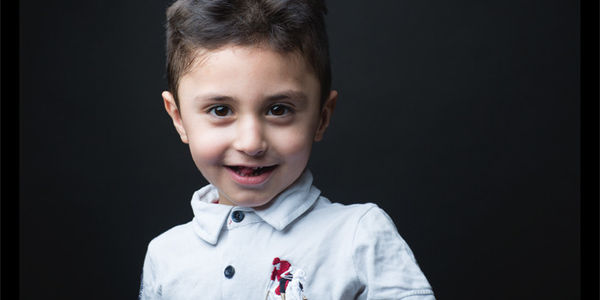 Demand that world leaders commit to fighting the causes of displacement.

Right now there are more than 70 million people around the world that have been forced to flee their homes through war, civil unrest and famine. More than half of them are children like Alqaisar, who are being deprived of their childhood and traumatized by the horrors of war.

Alqaisar was born in Syria. He lives his life constantly in fear. He is afraid that every time he hears a siren or sees a police car, he's going to be arrested. This is because, after the seventh time his mother went to prison, Alqaisar and his sister were imprisoned with her.

They spent a total of seven months in two different prisons. In desperation, his mum tried to kill herself and her children. But they all survived. Now she finds it hard to make ends meet and find enough food for her family. Although she has job at a factory, it only covers half of her rent, and she can't leave her children on their own for 12 hours a day.

Their story is not unique, and it shouldn't have to be this way. Refugees are not just a number, problems, or a crisis. Refugees are human lives. Every life counts.

Please join us at Danish Refugee Council by signing this petition. Together we demand world leaders commit to receiving these people and show solidarity with the countries that are currently housing the majority of the world's refugees and displaced people.

Sign the petition today – and we will take your signature to the world leaders this month in Geneva when they meet to turn the Global Compact on Refugees into action.

Care2
Demand that world leaders commit to fighting the causes of displacement.
PARTAGERTWEET