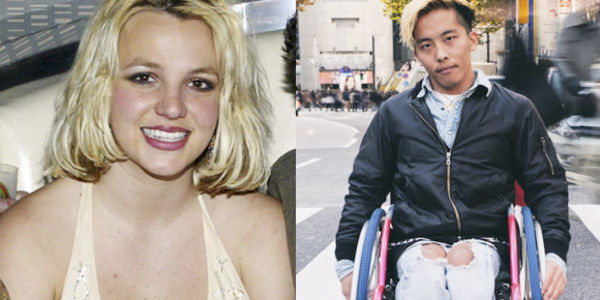 Britney Spears isn't the only one locked in an unfair conservatorship. Reform this abusive practice, now!

Have you ever had a self-destructive night you can't remember, or wish you could forget? An explosive break-up with an ex, or parent of your children? Lived with a disability or chronic illness?

In the United States of America, any of the above could qualify you to have your adult human rights and autonomy revoked from you, provided there's someone out there who has the motivation to shut you down.

The process is called a conservatorship, and the idea is that a person can go to court and claim that you are not fit to take care of yourself and need help. But not just any help. Help that requires the court to relinquish all of your rights for you — without your input or consent. Rights like the ability to vote, marry, have children, see your children, spend your money, know how others spend your money, decide what medications to take, hire a lawyer, and even have any contact with the outside world.

Sign the petition to demand that the U.S. Congress reform conservatorships to make them a true last resort and pass legislation providing ample resources for conserved individuals to regain their full rights as human beings!

This isn't a joke, and it isn't extremism. This is the 100% truth. It's what's been happening to Britney Spears for the past 13 years, but she's not the only one. Right now, thousands of people identified as having a disability or mental health diagnosis have been legally muzzled, with all their rights handed over to someone else.

Anyone who wants to have control over your life could set this in motion by accusing you of having a disability so severe that you can't take care of yourself and then gain untold power over and access to your life. All it takes is a few slip-ups that seem to support the idea that you aren't making the best decisions for your well-being — and haven't we all been guilty of that?

But nowadays, we see people conserved for much less serious reasons: A mental health challenge. A history of substance use or misuse. A physical or cognitive disability. Undoubtedly, any of these situations can result in situations in which a person might be able to benefit from more support or assistance — but isn't that also true of every one of us? Every person deserves to be able to healthily pull on outside resources, without then being stripped of their personhood and locked away into a world of legal and financial captivity.

Should any of us be robbed of our rights to be full humans? Other people don't always have to agree with our decisions, but we should all still have the right to make mistakes, learn from them, and still be in charge of our own lives. Through conservatorships, people are infantilized, stripped down to the point of having the literal rights of a child — or, in actuality, fewer rights than a child. They are held captive, watching the world pass them by, locked into a state of perpetual powerlessness, helpless to change anything about their situation. In fact, Britney Spears is unfortunately better off than most because at least she has fans and media attention to help bring awareness to the disgusting injustices of her story.

Care2
Britney Spears isn't the only one locked in an unfair conservatorship. Reform this abusive practice, now!
PARTAGERTWEET