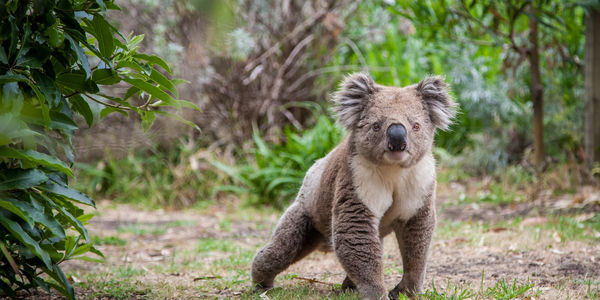 The Koala Is Functionally Extinct. Will Australia FINALLY take Action to Protect the Remaining Population?

"Australia Mourns The Extinction of Their Beloved Koala"

This previously unthinkable headline is, unfortunately, not so inconceivable anymore.

For years, researchers have been saying that the adorable marsupial could go extinct within our lifetime, and indeed, the numbers tell a horrifying story. In the state of Queensland alone, for example, between 2012 and 2016, 5,000 koalas lost their lives due to habitat loss.

Yet federal and state governments have done nothing to stave off the koala's looming extinction.

Now, time is truly of the essence. This year, Australia's bushfires have taken an almost biblical toll on the marsupial's population. The latest estimates say that more than 1,000 koalas burned to death in the fire, and 80% of their habitat has been destroyed.

The fires have been so devastating that now conservationists say koalas could actually be functionally extinct. Functional extinction refers to when an animal's population is so small, they no longer play a significant role in their ecosystem.

Since the bushfire tragedy, thousands of everyday Australians have chipped in, donating millions of aid to save injured koalas. But the government has yet to show the same eagerness.

That's why it's so crucial that the government pass the Koala Protection Act (KPA). The KPA, a law that would protect koala habitats and trees, was written in 2016. Yet it's still not law. How is this possible? How can Australian officials let one of their most iconic species vanish without doing everything they can to save it?