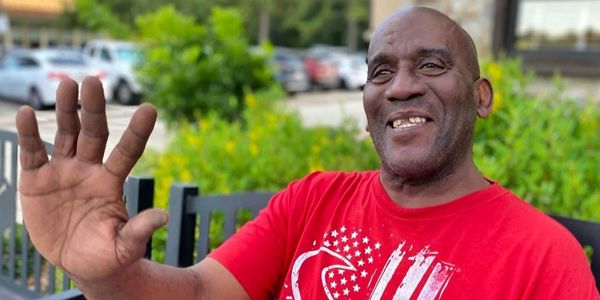 Hervis Rogers, a Texas man made famous for waiting six hours in line to vote in the last presidential election, is now facing up to four decades in prison.

Rogers is a parolee who served a nine year sentence and in Texas, parolees are not allowed to vote. Hervis Rogers was not intentionally trying to break the law, he genuinely believed he was eligible to vote-- which is further evident by him interacting with multiple news outlets about casting his ballot.

He cast his ballot on March 3, 2020. His parole would have ended in June of 2020, which would have restored his right to vote.

Add your name to demand that the felony charges against Hervis Rogers be dropped!

There is no doubt that the persecution of Hervis Rogers is in part due to Trump's false voter fraud claim rampage. This decision followed Texas legislators reconvening specifically to consider new voter suppression efforts.

Governor Abbott and Attorney General Paxton have been desperately searching for instances of voter fraud to appease Trump and finding nothing else, they decided ruining a Black man's life for thinking he had voting rights was close enough. That is the real crime.

Sign here to stand behind Hervis Rogers and call for the charges against him to be dropped immediately!