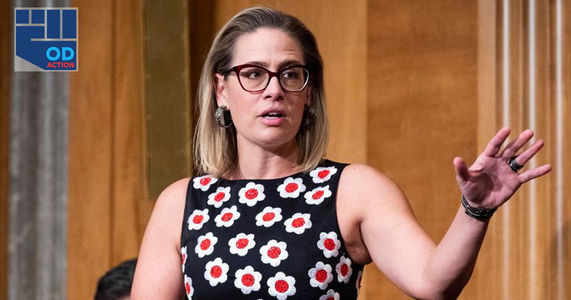 Call for a primary challenge to Senator Sinema!

Arizona's very own moderate Democrat Senator Kyrsten Sinema has been relentlessly battling her own party and Biden's planned investments into social infrastructure. Her centrism has allowed her to meaningfully disrupt significant progress for working families, the climate, the Democratic Party, and America as a whole.

Sinema may have seemed like a good fit at the beginning of her election, but since then she has clearly illustrated her opposition to the very ideals that elected her. It's time to start calling for a replacement who fights for big, bold action that progresses the lives of their constituents.

Add your name to call for a Primary challenger to face off against Sen. Sinema in 2024!

It's clear that Sinema no longer represents her constituents — the other AZ Senator, Mark Kelly, held strong to his progressive values and supported Biden's plans, while Sinema is likely in the pockets of lobbyists against the legislation that would monumentally benefit the American people.

The revolt against Sinema within her own party is growing so strong that there's already a PAC that's working to build the ground floor for her future opponent. The support is there, now we just need the candidate.

Sign now to say you'll support a progressive opponent running against Sen. Sinema in her next primary race!

Care2
Call for a primary challenge to Senator Sinema!
CONDIVIDITWEET