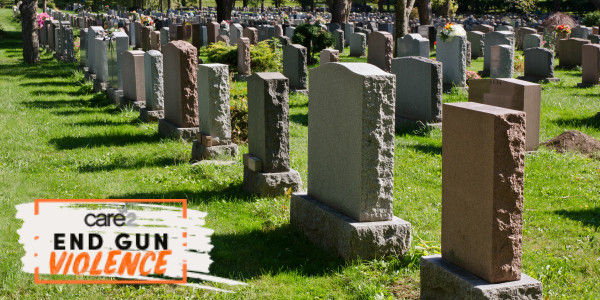 Gun Violence Is an Epidemic in the U.S. — Let the CDC Treat It Like One

Last year, a staggering 40,000 people died from gun injuries in the U.S. — the highest count in 50 years. We're not even a full month into 2019, and there have already been 19 mass shootings, and hundreds of American lives lost to gun violence.

And yet, Congress still continues to hamper the Center for Disease Control's ability to study the epidemic of gun violence.

That's because the NRA has an absolute chokehold on Congress. In 1996, the NRA lobbied for and successfully passed the Dickey Amendment, a law barring CDC funds from being "used to advocate or promote gun control." While it does not not explicitly prohibit gun violence research, the law effectively halted the CDC's research and new data on gun violence due to lack of federal funds.

Please sign this petition demanding that Congress repeal the Dickey Amendment now, and let the CDC research gun violence as the public health crisis that it is.

The American Medical Association has called gun violence a "public health crisis" and they are ready to go toe to toe with Congress to repeal this amendment. But they need our help! The largest representative body for doctors who see the actual effects of gun violence want to use science to find out why it's happening and how we can stop it. We, the public, need to back them up.

Sign this petition to demand Congress repeals the Dickey Amendment so we can get some accurate data about how and why guns violence is so common.

Care2
Gun Violence Is an Epidemic in the U.S. — Let the CDC Treat It Like One
CONDIVIDITWEET