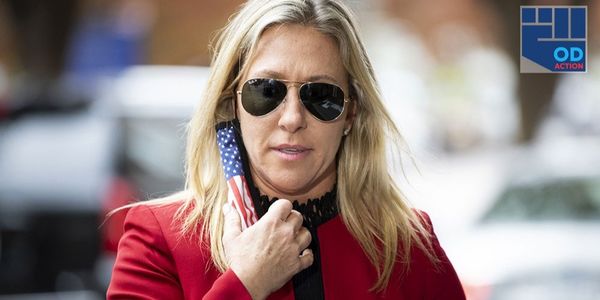 Extremist Marjorie Taylor Greene has taken her bigotry another step forward after introducing legislation that would force trans kids across the country to de-transition. The absurdly cruel text would make gender-affirming care for youth a federal crime, meaning life-saving care like hormone treatment, puberty blockers, and gender reassignment surgery will be denied to already marginalized children until they are well past puberty – psychological warfare on at-risk LGBTQ+ youth by the hands of the GOP.

The discriminatory legislation deceptively titled the "Protect Children's Innocence" Act would also go so far as to criminalize supportive guardians or medical professionals who provide such care, at the risk of 10-25 years in prison or a $250,000 fine. Federal funds would not be accessible for gender-affirming care, universities and colleges would be forced to wipe the information from lesson plans, and any foreign national who provides such care will be prohibited from entering the country at all — it is absolutely ridiculous.

An estimated 1.8 million LGBTQ+ young people consider suicide each year, according to the Trevor Project, and over two-thirds of of LGBTQ+ youth said their mental health has been negatively impacted by recent debates over transgender rights. Even the mere introduction of this outdated, inhumane legislation puts the lives of children at risk — all for political posturing.

Transgender kids don't only deserve gender-affirming care, they absolutely need it to live a fulfilling and happy life. Marjorie Taylor Greene's baseless hatred has no place in government.

Sign your name to call for the immediate rejection of the "Protect Children's Innocence" Act!