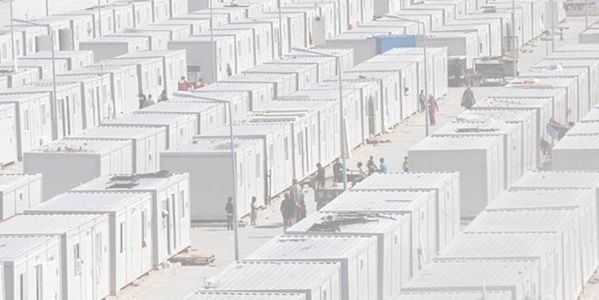 In 2015 Europe faced its biggest refugee crisis since the Second World War. Millions of people were displaced in Syria and Iraq, as well as in other parts of the world, and many tired to reach Europe, not only because they had hoped to be safe there, but also because of the political rights Europeans enjoy and take for granted: the right to free expression, the right to vote and so forth.

Yet, those few who did make it to Europe found themselves excluded from public life, without political rights and without a voice. To challenge that, we, people displaced by force, together with some NGOs and other stakeholders, started to organise ourselves with a view to creating new democratic structures both locally and internationally, so that in future internally displaced persons, refugees and people living in exile can offer themselves as dialogue partners to local councils, national parliaments, the European Parliament and the UN.

If you would like to support this initiative (more information is available here), please sign this petition now and tell your friends about it.

We look forward to hearing from you.

Dear citizens of the world,

we, the signatories of this petition, believe that the time has come for the creation of a democratically accountable, representative body that looks after the interests of the worldwide population of persons displaced by force, a body that can legitimately engage with local councils, national parliaments, the European Parliament and the UN on their behalf, because it is not only made up of, but also elected by the very people it represents, namely internally displaced persons, refugees and people living in exile.

We know that this is a hugely ambitious undertaking, fraught with great difficulty and many dangers. Should that put us off?

Worldwide, there are now close to 60 million displaced persons (www.unhcr.org/558193896.html). In 2015, about 1.1 million asylum seekers entered Germany alone (by comparison, Luxemburg and Malta have a combined indigenous population of less than one million). Can it be in anyone’s interest for a population of this size not to have at least some form of democratic self-representation?

Few persons displaced by force ever had the privilege to live in a democracy and exercise the basic political rights Europeans for example take for granted. With your encouragement and support this could now begin to change.