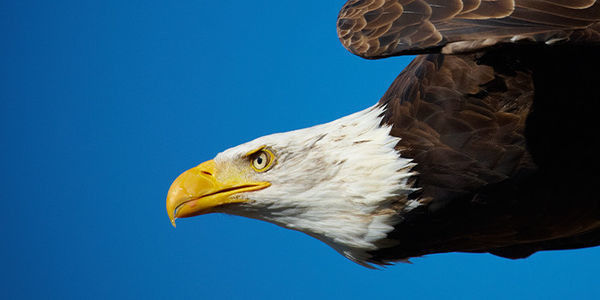 The loss of bird populations in North America has been alarming — the U.S. and Canada have lost three billion birds over the last four decades. Habitat loss, collisions with glass, and climate change all pose serious threats to birds.

As a Member of the Senate Committee on Appropriations' subcommittee on Interior, Environment, and Related Agencies, Senator Martin Heinrich could help save millions of birds today by prioritizing funding for bird conservation during the FY2022 appropriations process.

Increased funding for federal conservation programs is critically needed to reverse bird declines and address the greatest threats to birds. Federally-funded programs get results, helping to save species like the Bald Eagle and Lesser Prairie-Chicken from the brink of extinction.

These programs also help protect and restore habitat for some of our most beloved species, such as the Sandhill Crane and Western Meadowlark.

Speak up now to ensure that federal conservation programs have the resources needed to protect birds.
leggi la lettera di accompagnamento ▾
With the loss of nearly three billion birds in the United States and Canada since 1970, we need to do more to conserve bird species and their habitats. I am particularly concerned about the decline of one-third of all U.S. migratory bird species, the increasing threats to Greater Sage-Grouse, and the fate of critically endangered birds in Hawai'i — known as the "bird extinction capital of the world."

In addition to opposing harmful policy changes to the Endangered Species Act (ESA) and other critical environmental laws, I ask that you please prioritize funding for the following areas critical to conserving America's birds during the FY 2022 appropriations process:

* Increase State of the Birds funding for critically endangered Hawaiian birds to $10 million.