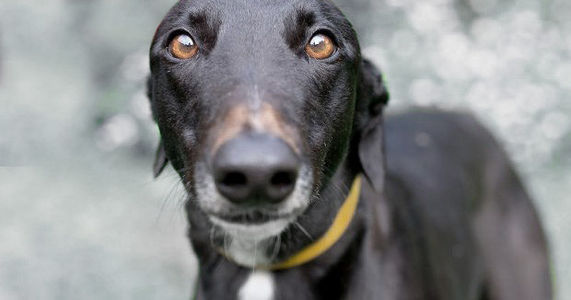 Stop innocent greyhounds from being electrocuted for racing!

In Florida, new state records show that a racing greyhound dies every three days. Since May 2013, nearly 500 innocent dogs have suffered broken backs, crushed skulls, paralysis, seizures, and some dogs have even been electrocuted!

According to the Florida Division of Pari-Mutuel Wagering, ten racing greyhounds died in October alone, including a nameless puppy fresh off the breeding farm. At one-year of age, she had never raced and was still "in training."  Her death on October 10, 2017 at 8:30 am is described on a single piece of paper, consisting of hastily written notes.

Schooling - Fell into the rail and I assume got electricity. She was deceased immediately afterwards (sic)

Another dog named BS Jarrod "snapped his spinal cord," while racing at the Palm Beach Kennel Club. FGF Josie was struck by another dog and suffered a "ruptured organ" due to "blunt trauma and rotation of abdomen causing internal bleeding." She got up and tried to finish her race but collapsed and died alone on the sand and dirt of the Daytona Beach dog track.

Flippin Bubba broke his back. Scottish Scourge broke a leg and was summarily destroyed. Both of these died at Orange Park on the same day, six hours apart!

This has to stop! If you are as heartsick as I am about what is happening to innocent greyhounds, let's do something about it.

Sign our petition to the members of Florida's Constitution Revision Commission now. The 37 Commissioners will soon vote on Proposal 67, a measure to prohibit dog racing and close down the state's twelve dog tracks. This is the most significant piece of legislation to help greyhounds ever filed! If approved, the measure will appear on the November 2018 ballot so that voters can finally end dog racing in the state where it was first authorized.

Please sign and share our petition to the full CRC today. Let the Commissioners know that the time has come to give Florida's greyhounds the second chance they deserve.

I have just learned of the deaths of ten more dogs in Florida's cruel racing industry.  One of these dogs, a one-year-old puppy, was electrocuted while "in training" to race.  The kennel didn't even record her name on the death record ... Sadly, she has just become one of the thousands of anonymous victims of this terrible enterprise, first legalized by Florida lawmakers in 1931.

As you know, dog racing is even enshrined in the state constitution, something I am begging you to change by approving Proposal 67. Florida greyhounds are kept in warehouse-style kennels in rows of stacked cages for 20-23 hours a day. When let out to race, they face the risk of serious injury and death. According to the Division of Pari-Mutuel Wagering, a racing greyhound dies every three days.

Recent headlines have also exposed the drugging of dogs.  State investigations reveal that there have been 68 cocaine-positives, as well as positive results for novocaine, lidocaine, industrial solvent DMSO, and opiates oxycodone and oxymorphone. Female greyhounds are routinely given an anabolic steroid to block their natural cycles and keep them in the running.

For years, the Florida greyhound industry has vehemently fought proposals for better care of these dogs and recently even floated a bill to legalize the use of cocaine!  Greyhound breeders are moving in the wrong direction and I hope you will agree that is time for voters to reevaluate this industry.

An estimated 8,000 greyhounds will get the second chance they deserve if you allow this important Proposal to go before voters.  Please allow the citizens of Florida an opportunity to decide on this issue. Please approve Proposal 67.

Care2
Stop innocent greyhounds from being electrocuted for racing!
CONDIVIDITWEET