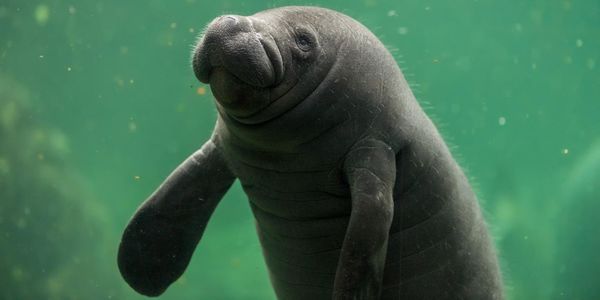 Manatees Are Starving to Death en Masse, But a New Idea From Experts May Save Them. Demand Florida Heed Their Advice!

A whopping 1,100 Florida manatees died last year -- a tragic record for the state. This leaves less than 8,000 manatees total in the wild, a shocking blow to a cherished population of curious, playful sea creatures. But the fight to save the manatees isn't over yet, and scientists have an idea that requires widespread support from Florida's wildlife officials. The Florida Fish and Wildlife Conservation Commission must act quickly to protect these beloved mammals before it is too late!

Sign the petition now to urge Florida wildlife officials to act quickly and heed the advice of experts to save our manatees!

Manatees are "gentle and slow-moving" animals. A huge amount of their time is split between resting and eating. But lately, things in Florida have been so bad for manatees, they haven't been eating at all – in fact, they're starving to death.

Sprawling development across the state has severely damaged the Everglades and other bodies of water throughout Florida, polluting ecosystems and killing off a vital source of food for manatees – seagrass. Even massive feeding efforts in the state are falling short. But experts have another idea – to dump hydrilla and water hyacinth into Florida waterways in order to immediately increase what manatees can chow down on. But this will require extensive efforts from the Florida Fish and Wildlife Conservation Commission, and we must urge them to cooperate.

For a moment, manatee conservation was working. After decades of boaters striking the poor sea mammals, a massive public education campaign helped reduce the species' unnecessarily high death toll and their status was upgraded to threatened from formally endangered. But like so many animals, climate change is throwing previous conservation efforts into a frenzy, and time is running out. And in these moments, we must heed the advice of scientists who understand the needs of animals and their ecosystems.

Let's be clear: this is a life or death situation for Florida's manatees, and once they're gone, we cannot bring them back. We must put pressure on Florida wildlife officials to do the right thing and invest heavily in manatee feeding programs based on the plans of experts. Sign the petition now to tell the Florida Fish and Wildlife Conservation Commission: protect our manatees before it is too late!

Care2
Manatees Are Starving to Death en Masse, But a New Idea From Experts May Save Them. Demand Florida Heed Their Advice!
CONDIVIDITWEET