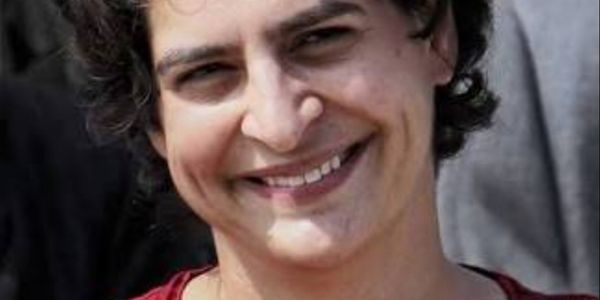 The Central Government’s notice to AICC General Secretary Smt. Priyanka Gandhi to vacate her official residence in Delhi, which was allotted following security threats to her and the family of the martyred Prime Minister, Shri Rajiv Gandhi, emanated from BJP’s deep hatred of the Nehru-Gandhi family and their vindictive and vendetta driven politics towards the Congress Party.


The Nehru-Gandhi family which was always been respected across the political spectrum, was granted SPG cover for their safety following the assassination of former Prime Minister Smt. Indira Gandhi and Shri Rajiv Gandhi in gruesome terrorist attacks. With the sole purpose of political vengeance, the BJP government had removed the SPG from the protective duties of Smt Sonia Gandhi, Shri Rahul Gandhi and Smt Priyanka Gandhi last year. The recent decision to send a notice to Smt Priyanka Gandhi to vacate her official residence is only in continuation of this nefarious design to put their lives at risk. In spite constant and continuous Central Intelligence reports on the apparent threat to the family, their security responsibilities were removed from the SPG only for cheap political reprisals and vindictiveness. The energetic and pro poor political interventions of Smt. Priyanka Gandhi against the central Government and the BJP Government’s anti-people policies in UP, prompted the Government to take such a petty and potentially dangerous decision.


Neither the Congress nor the Nehru-Gandhi family can be silenced by such cheap pettiness and threats, Venugopal said. They have a legacy of even donating Anand Bhavan, their ancestral home in Uttar Pradesh to the country.
It is natural for the followers of those who turned their back towards the interests of the country during the struggle for independence to have a deep hatred towards the successors of Shri Jawaharlal Nehru, who had been imprisoned many times for the independence of the country. But such thoughtless actions from the Government, aimed at unleashing political vengeance could endanger the lives of the family members including Smt Priyanka Gandhi, Shri Venugopal stressed.