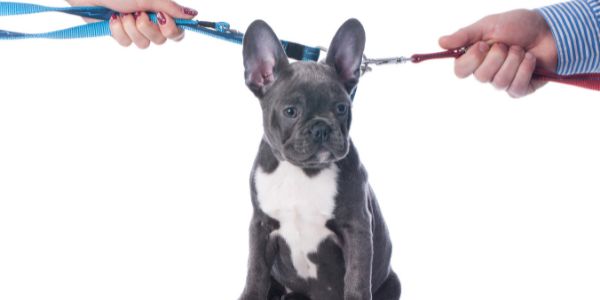 Pets Are Family Members. It's Time The Law Reflected That in Divorce Proceedings!

Spain has just passed a law that will allow the courts to treat pets more like kids and less like property when it comes to divorce. The move follows similar legislation in France and Portugal, as well as some select U.S. states. The point of the law is to allow judges to consider the wellbeing of the pet in their decision about who gets custody of the companion animal after a couple legally dissolves their marriage. Before now, pets were legally considered property and their happiness and safety really didn't matter all that much in divorce proceedings.

Right now, only Alaska, California and Illinois in the U.S. legally consider pets to be more than property. That's why we are asking for the other 47 states to change their laws to do so. Will you sign the petition to join us?

If you've ever gone through a split and lost access to a beloved animal, you know how tragic it can be. Most people consider their pets a lot more like family than like a car, for example. It is a living being with which you have a relationship and it's not helpful to deprive one partner access to that, especially during the trying time of a divorce. Pets are sentient beings and their well being should be considered!

When pets are considered like just simple, non-sentient property items, custody is usually granted to the person who "purchased" the animal – even though that person could be negligent, cruel, or just not the right person to actually take care of the pet going forward. Sometimes even a kind human is not the one an animal truly bonds to, and what the animal needs most must be considered.

Imagine going through the trauma of losing a union that you thought would last your whole life. Now imagine that the courts treat your dog like a piece of furniture and grant it to your ex and you can never visit. It's just adding trauma on to trauma and it doesn't make any sense.

Losing a pet to illness or old age is tough enough. Let's create a legal system where divorce agreements can include more options such as joint custody or visitation. It's what's most fair for the humans – and it's what's best for the animal. Sign the petition to demand pets are considered sentient beings throughout the United States!

Care2
Pets Are Family Members. It's Time The Law Reflected That in Divorce Proceedings!
DELENTWEET