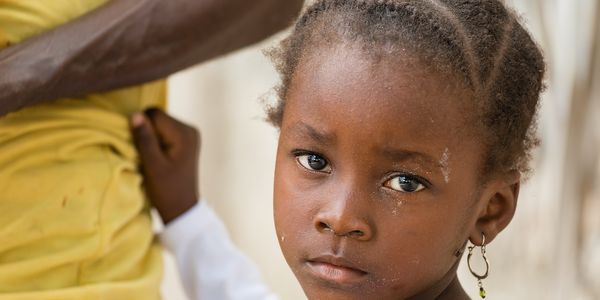 “Peacekeepers” Came to This Country, Fathered Hundreds of Children, and Deserted Them

The peacekeepers deployed by the U.N., by definition, "protect the most vulnerable and provide support to countries in transition from conflict to peace." That's what makes a new report from researchers all the more outrageous, which revealed that peacekeepers stationed in Haiti took advantage of countless women there, fathered hundreds of children, and then abandoned the women and offspring to fend for themselves.

Sign the petition today and demand that the U.N. hold these peacekeepers accountable, and provide these mothers and children with the support they need!

Launched in 2004, the U.N. Stabilization Mission in Haiti, or MINUSTAH, was the U.N.'s longest mission in a politically tumultuous and impoverished Haiti. The mission brought almost 5,000 personnel to the country, mainly from Brazil. The same year that the mission was officially halted, 2017, researchers interviewed locals to get a better idea of the experiences of young women and girls in the areas where U.N. personnel were stationed. Their discoveries were shocking.

10% of locals interviewed about the presence of the U.N. peacekeepers spoke of children fathered by the forces. Many of these children were products of rape or purchased sexual encounters; the report notes that some of the girls taken advantage of were as young as 11 years old.

When the pregnancies were discovered, the men responsible were not encouraged to support the expecting mothers who were already in a vulnerable situation. Instead, officials spirited them back to their home countries, leaving the new mothers to fend for themselves.

The U.N. has shown a shameful lack of support for these cases. While the organization claims to have a zero-tolerance policy relating to sexual misconduct, they have protected the peacekeepers responsible for these pregnancies and abandoned the women and children in need. Haitian-based organizations have lobbied for the U.N. to provide information and cooperation in cases of paternity suits, but have been left high and dry.

This is unacceptable. These women and children deserve support and justice but have received nothing but the cold shoulder from the men responsible for the situation and the organization that brought them there.

Care2
“Peacekeepers” Came to This Country, Fathered Hundreds of Children, and Deserted Them
DELENTWEET