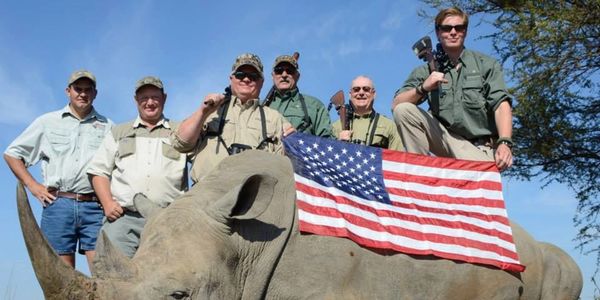 You have the power, to stop animal cruelty this hour!

Have you ever noticed that when people hit deer with their cars is during hunting season when people are chasing them with guns? Overhunting can lead to extinct/endangered animals. Why hunting is wrong:

1. You are killing an animal that hasn't done anything to you.

2. The animal doesn't belong to you. You have no right to take something that isn't yours.

3. Since the world is becoming more and more overpopulated with people, does that mean we should go around killing humans now for a sport?

4. You're taking another life

5. It's barbaric and cruel

6. You are possibly taking away a mother from its baby (or vice versa)

7. It's terrifying and painful for the animal

8. It's completely unnecessary to kill an animal for food in today's modern society. There are more than enough other forms of food without taking somethings life. A vegetarian diet is proven to be healthier anyway.

3. It Ruins the balanced proportions of living animals. (take away all the tigers, then there are too many elk runners) Also, it promotes violence in kids. Also, humans are just other animals on this planet, controlling everything else on the earth is wrong. Why is it OK for us to decide who gets to live and who does not? Even more, reasons to ban hunting:

1. Hunting accidents - Rednecks accidentally shoot each other. Is this necessarily a bad thing?

2. Alcoholism - When they aren't hunting they are drinking. (ties into the hunting accidents)

3. Road accidents - Not correctly securing a deer carcass to your vehicle can lead to severe accidents on the road. (Ties in them being drunk)

First and foremost it's murder. Whether you're doing it for fun or food, it's not necessary. People CAN survive without meat, quite easily, tigers can't, that makes all the difference. The allowance of hunting got made on an implication that we own animals. We don't. We're animals; they're animals. It's wrong to ban the murder of one species but permit the killing of all the others. Lets at least are consistent. It makes people worse. Taking the life of another living thing doesn't make you a better person. If you tell a child that it's okay to kill a deer, bear, tiger, etc., you're promoting the idea that it's okay to end a life. That's how you get psychopaths that crucify cats for fun and then graduate to homicide. Murdering a living sentient being cannot possibly be a good thing, whatever excuses anyone finds.

I request for a Wildlife Protection Act to be enforced by the government of NSW to ban the killing of any wild animals that are not extremely dangerous to human life, or so disabled or diseased as beyond recovery.