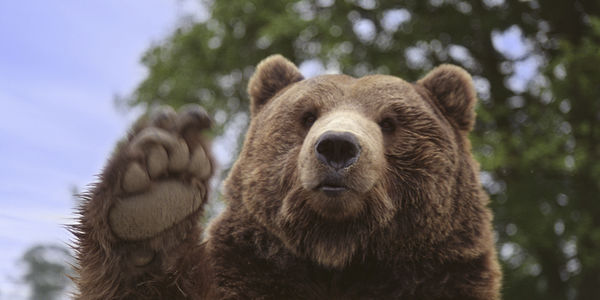 To Make This Soup, They Chop Off The Bear's Feet One by One and Then Boil It Alive

The bear claw is a common breakfast pastry in the U.S. — the golden brown, puffy baked good gets its name from its resemblance to a bear's foot. But in some parts of the world, ordering a bear claw at a restaurant will get you the real thing.

In parts of Asia and China especially, bear claw soup is considered a delicacy. Bears are considered a symbol of power and virility, and eating the bear's paw is believed to transfer those traits on to the consumer.

Bear meat is eaten all around the world, even in the United States, so while it may be disagreeable for some, it is the way these incredible creatures are treated and killed that is sure to make everyone's stomach turn.

Most of the bears are raised on illegal bear farms. They live their entire lives in captivity until they are chosen for harvesting. What happens next is truly horrific. The bears, are dragged out of their enclosure and then — while still alive and conscious — each paw is chopped off one by one. Sometimes, this happens in front of the diner as part of a twisted culinary "show."

But if that is enough to make you want to stop reading, there is actually more. After this vile display of torture, and while still alive, the bears are then beaten with steel bars to tenderize the meat. They are then hoisted above a vat of boiling water and lowered in to be boiled alive.

Every culture has foods that others might think are objectionable. But animal cruelty cannot be justified by culture. It is inexcusable. The practice of making bear paw soup is so inhumane it defies belief and it should be banned in all its forms. While bear farms are illegal they continue to exist and so does the demand for bear paw soup and other bear meat dishes.

Care2
To Make This Soup, They Chop Off The Bear's Feet One by One and Then Boil It Alive
DELENTWEET