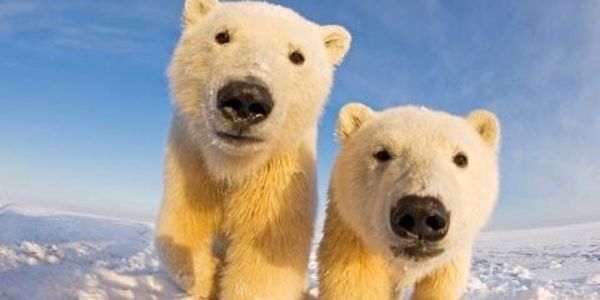 Trump -- You can be a hero or a loser on climate

We the under-signed realize you don't believe that climate change is real and or man-caused (even in part). That really doesn't matter except that you have the chance to lead an energy and business revolution that could stop the majority of environmental problems in the world including climate change.

You don't have believe even if the great majority of scientists agree that climate change exists and that humans are to cause at least in part (or all). There are plenty of other environmental reasons to clean up our energy grid and world - dead zones in our oceans, colony collapse disorder in bees, plastic pollution in our oceans and our food chain, pollution in major cities, preventing cardiopulmonary diseases, and just plain old littering to name a few.

As our minority elected so-called "president" you can either chose to push for changes to leave earth (the only home for life) cleaner and safer or not. YOU CAN BE A HERO FOR EARTH AND ALL LIFE, by leading, by encouraging the US and allies to reduce green-house gas pollution, pesticide reduction, reduce particulate emissions, reduce waste and over-consumption, reduce trashing our waterways and lands, etc.


All you need to do is call for job-creating cleaner and greener energy future that reduces dependence on coal, oil and gas. By doing this you can help lead the safe transition to solar, wind, wave, etc and the jobs these industries create while helping those who will "lose jobs" with education and transition to jobs in these industries.....solar panels, windmills, etc built in the US........