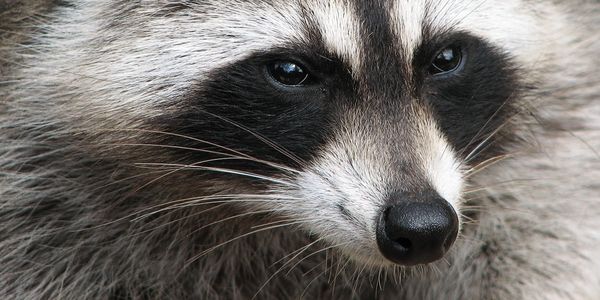 The current rabies test involves animal euthanasia and post mortem decapitation for brain dissection, a controversial measure that turns a lot of people off reporting bites in fear of the animal being killed. We understand that there is currently no live test for rabies. We also understand the decision to test or not are made on a case by case basis.

According to the CDC in the United States, 120,000 American animals are killed each year for rabies testing, yet only 6% have rabies.  The test kills mor animals than rabies itself.

In 2018, the Center for Disease Control approved a post modem test (LN34) that, while still involves dissection of a dead animal, is rapid and can be taken from a naturally, even long deceased animal.  (The previous post mortem test required fresh brain tissue.)

There is a so called "live" or antemortem human test, but it is even worse then the usual euthanasia test on the animal who came in contact with the person.  The "live" test is a Mouse Inoculation Test, or Rapid Tissue Culture Infection Test, and Rapid Florescent Focud Inhibition Test, which involves injecting human samples into live baby mice.  The mice are then killed and tested in the usual disgusting way.

We would like the Antemortem Test to be changed so that the test material be injected into organiods, rather than live animals.

We would also like rabies vaccine efficiency testing to be done in organiods, rather than baby mice, known as the Mouse Neutralization Test.

There are alternatives to this horrid test that do not involve killing animals.

Under The Ontario Health Protection and Promotion Act (Regulation 557) Communicable Diseases-General, please repeal (3) (6), to prevent the seizure and destruction of animals for rabies testing.  Please do not test for rabies unless the animal dies naturally or is humanely euthanized because they are sick.  The rabies post exposure vaccine is useful and safe enough.

Though wildlife are the most common victim of rabies testing, thankfully, wildlife destruction is not specifically mandated under either the Health Promotion and Protection Act, nor the Fish and Wildlife Conservation Act.

We would like amendments to the Wildlife Disease Control and Surveillance Zone 47,1, to reflect current humane views and policies. Anti rabies culling is not mandated under Ontario law, but it had been used in the past.  Anti rabies culls, which involved an attempt to trap and kill every single skunk, raccoon, and fox within a 5 kilometre radius of any rabies case, are cruel, expensive, and ineffective.  Anti rabies culling was tried and failed in the Hamilton Niagara area in 2005, destroying at least 10,000 raccoons.  That cull killed far more animals than rabies ever could have.

In 2016, the Ontario Ministry of Natural Resources and Forestry took the humane, effective approach of putting out vaccine treats for Hamilton and Niagara's wildlife instead of culling.

An email response from the Ontario Ministry of Natural Resourses sent to the petition creator dated May 7, 2020, states "All MNRF rabies tests are conducted on animals that were found dead, road killed, or euthanized because they were sick. Healthy animals are not tested for rabies by MNRF. MNRF no longer utilizes wildlife euthanasia as a method to control rabies. With the development and application of the ONRAB® oral rabies vaccine in 2006, Ontario now has the ability to use non-lethal, high density baiting to vaccinate wildlife populations. Our ministry continues to improve and review the rabies program through ongoing research into the effectiveness of Ontario's rabies testing and control measures. Our ministry will continue to work with partners to consider additional potential non-lethal rabies testing and control developments, should they become available."

We think that the current MNRF policy of no longer killing animals for rabies testing or rabies control, and using locally created oral vaccines for for preventing the disease, is an excellent and effective policy that can be copied in other jurisdictions.

We would like Ontario's legislation to be amended to reflect current humane policies and philosophies.

Please repeal Entry on Land (47.1) (6). We agree that a conservation officer or MNRF contractor (ie, hunters and trappers) can not enter a person's home. However, we do not agree with trapping, shooting, and other methods of culling animals anywhere, especially not on private property. This puts public safety at risk. Culls also artificially affect animal numbers, and therefore do not prevent or slow down disease.

The only personnel who should be allowed on private property are licenced wildlife rehabilitation centre personnel, licenced veterinarians, registered veterinary technicians, and animal care officers from both municipal and private not for profit animal shelters. These people's goal is to rescue and rehabilitate, rather than cull. They only euthanize when an animal can not be saved. They use a peaceful, animal friendly, and family safe approach.

Further education on what the rabies test actually means for animals is needed. Many people are shocked to find out that the dissection test is still the only one available.

Please create an act that takes both human and animal health and welfare into consideration.

We are sure that veterinarians hate the practice of euthanizing potentially healthy animals and dissecting animal brains to test for rabies.

No violent killing method should ever be called euthanasia. The definition of euthanasia should be redefined to only involve death from anesthesia when an animal is so sick or injured that they are irreversibly suffering.

Please do not allow rabies testing of any animal who has died from any violent act, unless this is part of an animal cruelty criminal investigation.

Only 2% of bats killed and tested actually have rabies.  This means the test is more destructive than the disease.

The human vaccine is safe enough to be used without prior testing. Most of the time, the animal can not even be located.

Please lobby public health departments to stop the practice of euthanizing animals solely for testing. Veterinarians, veterinary technicians, public health officials, and animal shelters should also take a stance of only testing naturally deceased animals, or animals who were euthanized because they were obviously too sick to save.

Please also immediately switch to a live test method once one becomes available. Is there any research into a live rabies test?

One could be invented without infecting live animals by taking blood tests and non brain tissue of suspect animals (as part of the current program), growing the cells onto brain organiods, and comparing the samples to brain samples. An organoid test, or training vaccinated dogs to smell rabies, could be done.

According to Toronto Public Health, rabies is also present in muscle tissue and salivary glands.

Rabies can also be spread through organ donation. Could it be looked into if rabies could be detected in organs that can be biopsied from animals who are being rabies tested anyway, then compare the results? No animal would have to be deliberately infected to develop another test, which are (along with no financial incentive) the concerns behind creating a new, non lethal test. A live animal biopsy test then could be created from the results.

Please work to phase out rabies testing of animals killed for testing by a set date.

Another amendment we would like to see are changes as to how psittacosis-Orthosis is managed in Ontario farms.  A live test (fecal) is available for psittacosis-Ornithosis.

Please either repeal HPPA RRO 1990 Regulation 557 Communicable Diseases General Psittacosis-Ornithosis 4: (4) or at least change the word "shall" to "may" so that destruction is not the only option if the "owner" does not treat the birds.  This does not allow for humane options in neglect or outbreak cases.

One would think that, if an "owner" is not treating their birds, this is animal neglect, and the animals should come under the care of the Provincial Animal Welfare Act.

We do not agree with mandatory seizing and killing of bird flocks with psittacosis or ornithosis.  Mass destruction of barn flocks, often up to tend of thousands of birds, is cruel.  The method usually involves suffocating the birds with foam sprayed from the sprinklers, which takes several excruciating minutes.  This act would be considered animal cruelty under other laws.  There is no humane way to mass euthanize birds.  Please remove this clause from the Health Promotion and Protection Act.

Humane anesthesia euthanasia of individual birds by a veterinarian often sadly is the only humane option in these neglect cases, but these decisions should be made case by case by a veterinarian, the "owner", and animal ethicists, rather than a bulk decision by a Chief Medical Officer of Health.