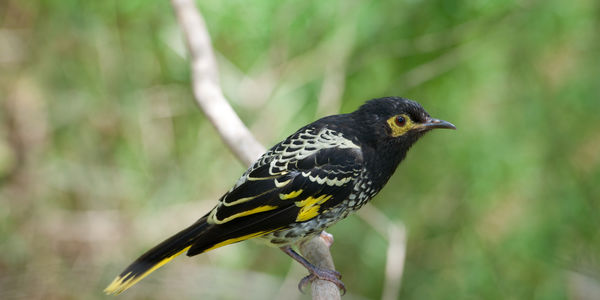 According to BirdLife Australia, the land demarcated as the Hunter Economic Zone (HEZ) within New South Wales', Hunter Valley, is "unparalleled in terms of the number of threatened species" that live within it. The population of one bird in particular, the critically endangered regent honeyeater, only numbers around 400.

With such an important designation, one might think that the government would be doing everything it could to protect it and make sure the endangered species living within its borders have everything they need to thrive. Unfortunately, that isn't the case.

Will you sign this petition to protect this incredible bird from extinction?

The honeyeater is losing ground, quite literally. They have now lost so much habitat that last year, the only place conservationist found them breeding was within the HEZ. If it disappears the honeyeater will likely vanish with it.

That's why news that a Chinese energy company has struck a deal to potentially build an enormous coal-run power plant smack in the middle of the HEZ is so troubling. The proposed plant would likely mean the destruction of the rest of the honeyeaters breeding ground.

According to the Guardian, past attempts to develop within the HEZ have failed precisely because the area was so important to the endangered bird. But the Hunter plant seems to be getting little pushback.

Australia is known for its beautiful wildlife, but what many don't know is the country has one of the highest numbers of critically endangered species in the world. In fact, earlier in 2019, the first mammal to declared extinct due to climate change, was the Bramble Cay melomys, a small Australian rodent. Unfortunately, their native species are being pushed closer to the edge by lack of protections and greed.

The Hunter coal plant must not be allowed to continue. Humans do not have the right to destroy an entire species and conservation must take precedence over economic goals.