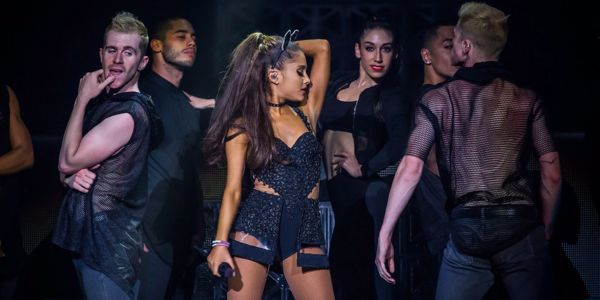 Georgia is just one of a slew of states hell bent on taking away the constitutional right for a pregnant person to choose whether or not they would like to remain pregnant. Recently they passed a "Heartbeat Bill", but it actually should be called an "Anti-Heartbeat Bill" because it refuses to see a human person with a heartbeat as an autonomous being. The people who passed this law, Republicans, seem to only speak one language: money. That's why it's critical that we send the message to them that their states will lose money if they keep making horrible laws like this.

Will you join me in asking Ariana Grande to send that message to Georgia by cancelling her upcoming concert?

She is such a powerful influence in the world of entertainment. She should use that influence for the good of regular people, her fans. Certainly her fans in Georgia deserve the right to decide when, if and how to becomes parents. Each person knows their own situation best and should not be treated like a child by the state. A human person that is pregnant should be empowered to make their own decision about that pregnancy.

Each of those performers has an opportunity to show Georgia legislators we are serious about boycotting their state over harmful laws like this. Gerogia is not doing well overall based on state rankings, legislators should be focusing on that instead of figuring out wayts to control people who can get pregnant. It's beyond ironic that Georgia is one of the worst states in the nation when it comes to quality of healthcare and education and yet they want to force more people to have unwanted children who won't get adaquate healthcare or education. Georgia should be focusing on making the lives of their existing residents better, nto advocating for clumps of cells.