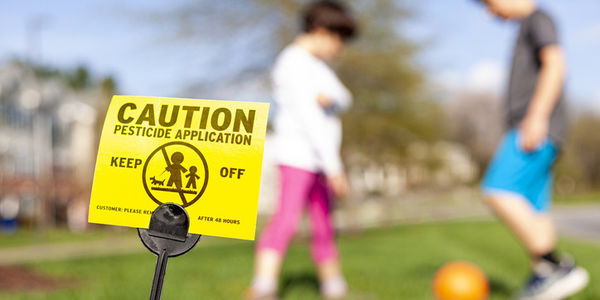 This Weedkiller Is Banned Across the World, but Still Perfectly Legal in the United States

A growing body of scientific research proves that paraquat, a dangerous weedkiller used across the U.S., is linked to Parkinson's disease. This toxic spray is banned all across the world because of growing concerns from scientists and citizens about the links between the chemical and public health. So why is paraquat still used in the United States?

Sign now to demand the U.S. Environmental Protection Agency (EPA) join the rest of the world and ban paraquat from use in the United States!

An amazing coalition of farm workers, public health advocates, and environmental organizations are demanding that the United States immediately ban all use of this clearly dangerous weedkiller. And their case is becoming increasingly difficult to refute. In fact, paraquat is banned in the United Kingdom, where it is manufactured, and in Switzerland and China, where the product's parent companies are based. It is also banned in the entire European Union. Yet again, the EPA is slow to heed the warnings of dozens of other countries about the public health risks of a chemical. This has to change.

New reports on internal documents show that leaders at Syngenta - the company which produces paraquat - have worried about a link between the chemical spray and Parkinson's disease for many years. Much like Exxon's plot to cover up human-caused climate change, the chemical giant worked hard to refute clear evidence by producing misleading studies conducted by its own internally-hired scientists. Sounds scientifically legit, right?

To make matters worse, the company literally tried to influence which people served on EPA panels that make decisions about pesticide regulation. Clearly, executives at Syngenta know this toxic chemical is dangerous - and it is time the EPA starts recognizing it.

Parkinson's is an awful, debilitating disease that millions of Americans endure every year. There is no reason the federal agency charged with protecting the environment and public health from dangerous chemicals should continue to allow the use of a substance that is linked to Parkinson's.

Care2
This Weedkiller Is Banned Across the World, but Still Perfectly Legal in the United States
DELENTWEET