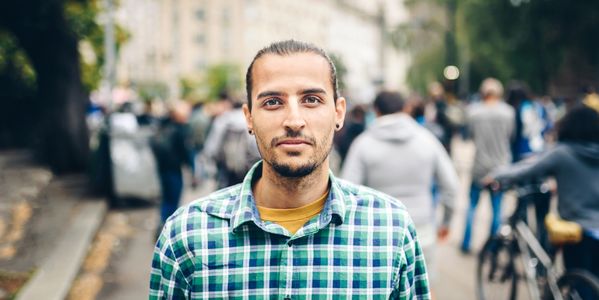 Stand with Chicago’s hunger strikers, and against environmental racism!

*CARE2 UPDATE* Good news! Chicago officials have delayed Reserve Management Group's permit, saying the review of the environmental impacts of this toxic facility on the surrounding Latinx community raised some real red flags. We need to keep the pressure on until they outright deny permits for this project and stand with the marginalized communities it would be poisoning!
-----
Imagine a world where it was almost guaranteed that you and everyone around you would have asthma, recurring bronchitis, and other debilitating respiratory issues. Now imagine that you knew a simple, executable solution to this problem. You bring your solution to the powers that be -- and they dismiss you, telling you that your health, and the health of your entire community, simply doesn't matter enough for them to act.

This is the reality for Chicago's Southeast Side, where activists have just ceased a 30 day hunger strike protesting the construction of a new metal shredding facility in a low-income Latinx community already plagued by pollution. They had to stop their hunger strike because they were starving to death while the city refused to listen to their pleas.

Sign the petition and demand that Chicago's Mayor, Lori Lightfoot, immediately suspend all permits for the construction of Southside Recycling!

The company behind the metal shredder is Reserve Management Group (RSG), who are well known by environmental activists -- a scrapyard they operated, General Iron, violated the U.S. Environmental Protection Agency (EPA)'s standards three separate times since 2006. And that was in a predominantly white, affluent neighborhood of the city -- when a plan to build a multi-billion dollar development in neighboring Lincoln Park went into effect, RSG agreed to leave the North Side at Mayor Lightfoot's request.

And now, its "reincarnation" is moving into the Southeast Side, where neighborhoods are predominantly Black and Brown. Folks there are already plagued by health problems due to uncurbed industry pollution being pumped into the air, and will now be breathing the tiny bits of metal -- particulate matter -- that spew forth from the metal shredder. These tiny metal particles are well known to cause severe lung and heart issues. This is environmental racism, plain and simple.

So in the beginning of February, activists decided to take a stand. They starved themselves for 30 days, vowing to be heard by Mayor Lightfoot and the city before they took another bite of food. They suffered severe weight loss, headaches, and anxiety attacks in order to protect countless lives that would be lost if this metal shredder was placed into this already vulnerable community. A city Alderman even joined for the last 10 days of the hunger strike in solidarity.

But the city refused to listen. These activists have been forced to end their hunger strike and regain their strength so they can continue fighting. Let's stand with them and make sure their efforts were not in vain.

Sign the petition and demand that Mayor Lightfoot and the City of Chicago immediately halt the construction of Southside Recycling!