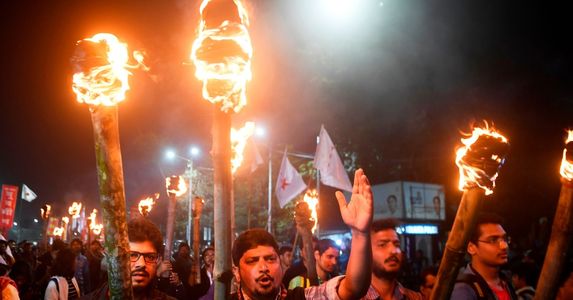 India's new citizenship law, the Citizenship Amendment Act (CAA), has been a source of great unrest since it passed through the country's parliament and was given official assent by President Kovind in mid-December. While Prime Minister Narendra Modi and his party frame the law as inclusive, it is a thinly veiled act of exclusion and discrimination. Hindus, Sikhs, Christians, Buddhists, Jains and Parsees who came to India from Afghanistan, Pakistan and Bangladesh since as far back as 2014 will be eligible for Indian citizenship. Muslims fleeing these countries will not be granted the same right, and instead will continue to be labeled as illegal immigrants.

This is a gross violation of human rights, and a sure step towards a less democratic India. Sign the petition today and urge the government of India to repeal the CAA!

This law directly singles out Muslim folks as outsiders. The government, currently controlled by Prime Minister Modi and the ‎Bharatiya Janata Party, has also proposed a National Register of Citizens. National registries have historically been tools of genocide, including the Holocaust. These two steps ensure that the government would have every ability to identify, deport, or detain Muslims in detention centers already being built across the country.

The people of India have been speaking up. Tens of thousands of citizens have defied the ban on public assembly in order to protest, met with a brutal police response. The number of deaths has reached at least 27, most of which have been young people fighting for the spirit of their nation's democracy.

Many of the protests have taken place in historic areas where almost a century ago, Mahatma Gandhi advocated for an independent, religiously pluralistic India. It seems only fitting, then, that Gandhi's great-grandson Tushar Arun Gandhi should be among the gatherers. Tushar fears that if this law is allowed and enforced, India "will be a fascist dictatorship" parading as a democracy.

This cannot continue. If the Indian government is allowed to get away with such atrocities, democracies all over the world are sure to suffer. Join the protestors in India by adding your voice and demanding that the CAA be repealed!
petitie tekenen
DELENdelen met mijn Facebook vriendenTWEETE-MAILEMBED
petitie tekenen
Meer petities bekijken:
Je hebt JavaScript uitgeschakeld. Hierdoor werkt onze website misschien niet goed.