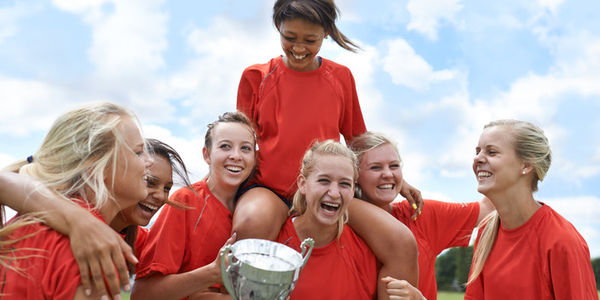 How much excitement? Well, according to Fox Sports, total viewership hit 20 million, making it the most-watched soccer match on English-language television (men or women's) in the U.S. since the final match of the 2015 FIFA Women's World Cup.

Stellar ratings coupled with an outpouring of nationwide support and celebration for the USWNT are proof that the American public enjoys watching women's sports. But right now, not only do men's basketball, football and baseball continue to dominate the sports news cycle, they are also huge facets of American culture.

Increased positive representation of women in sport would bring us one step closer to achieving gender equality in the U.S.—not just for female athletes, but for all women and girls in America.

More representation means that more girls will be inspired to participate in sports and learn invaluable life lessons like the value of perseverance, teamwork and dedication.