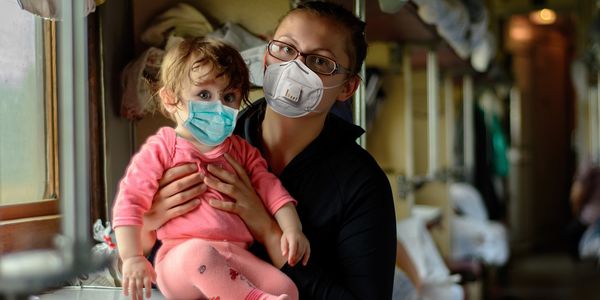 Poorer countries can't afford COVID-related products, but not for the reason you may think.

Millions have been sickened and died from COVID-19 all around the world and we are still months if not years away from widespread vaccine distribution. However, many of the people who are dying unnecessarily are actually passing away due to rigidity in global intellectual property laws (IP laws).

That's why India and South Africa have stepped up at the UN to call for a temporary waiver in certain intellectual property laws so that low income countries can afford to produce medical supplies and more. But wealthier nations like Brazil, the European Union, Canada, the United States, Japan, and the United Kingdom are against this, for purely financial reasons.

Tell this list of opposing countries that they need to put lives before profits and allow the waiver to go through so low income countries can keep their people safe!

Intellectual property laws have gotten in the way of possible COVID care in a few different ways so far. One example is a Swiss pharmaceutical company that wouldn't release their recipe for parts of the COVID-19 diagnostic test, which knee-capped many countries' ability to scale diagnostic tests. Another example is when patent holders threatened to sue people who were 3D printing medical supplies like ventilator parts. And finally, the companies who own various COVID-19 treatments and now vaccines are also guarding them heavily and charging a hefty price for something every single country needs.

This is a global emergency and some countries are still more interested in money than human life. Poorer countries' economies were already behind wealthier ones before the pandemic. If the IP laws stay as they are now, those countries will only fall further and further behind as their people either stay home and hamstring the economy, or work and die by the thousands due to lack of rapid vaccinations.

Basically, if nothing is done, global inequality will just be exacerbated. And these pharmaceutical and medical supply corporations will have blood on their hands.

But it doesn't have to be this way. Countries like the U.S., U.K., and members of the European Union could decide to temporarily allow for more flexibility in IP laws. Doing so would save lives and lift the whole world up during this truly unprecedented time. Human rights groups like Amnesty International and Human Rights Watch are strongly urging all countries to allow for this waiver.

Please sign the petition if you think wealthier countries need to allow for more flexibility in IP laws temporarily so we can get the entire world back on its feet!

Care2
Poorer countries can't afford COVID-related products, but not for the reason you may think.
DELENTWEET