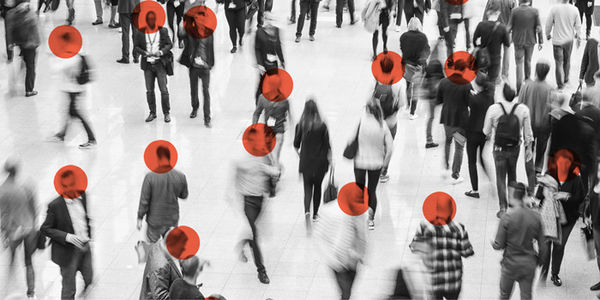 Discriminatory facial recognition technology is being used on our streets and in public places like shopping centres. It's time to ban it.

Facial recognition cameras scan everyone in range to make biometric maps of their faces – more like fingerprints than photographs. These maps are then compared to images on secretive watchlists which can be of anyone, whether or not they're suspected of wrongdoing.

Police have been using it in public since 2016, while private companies have used it in busy shopping centres and transport hubs, scanning thousands of people every day.

It must be banned.

Facial recognition cameras snatch people's biometric data without consent and often without their knowledge – clearly breaching their right to privacy.

If people do know they're being watched, they behave differently. We shouldn't have to change how we live our lives to protect ourselves from unwarranted police surveillance.

And the tech discriminates against people of colour and women, meaning they are more likely to be misidentified and stopped by the police. The police have also often used it in locations with predominantly BAME or working-class populations, embedding discriminatory approaches to policing.

Creating a law governing its use will not solve the human rights concerns or the tech's in-built discrimination. A number of US cities have recognised this and banned its use for policing and security purposes.

TO: THE HOME SECRETARY

Facial recognition technology is being used by police on our streets and by private companies in publicly accessible places like shopping centres and train stations.

It breaches everyone's human rights and is discriminatory and authoritarian.

Please ban its use.