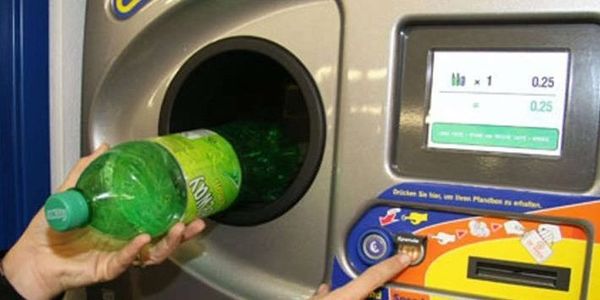 In a number of European countries, such as in Scandinavia and in the Baltics, a DRS
( DEPOSIT - REFUND SYSTEM ) for plastic, metal and bric drink packages already exists, which resulted in a spectacular reduction of thrown-away thrash there.

In many other European countries however a DRS unfortunately still does not , or only partially, functions.
These countries are drowning in waste ( e.g. the Spanish and Italian beaches ).

It is therefore logical and necessary to implement a universal Trans-European DRS in the entire European Union and "beyond".

Civic initiative against waste, LET'S DO IT ! BELGIUM, therefore launched a European DRS-petition already in 2015.

This is an adapted update of the original English language version, primarily aimed at the Scandinavian and Baltic countries where such DRS already exists, and the purpose is to raise support in those countries for a common European approach of this matter.

It is also necessary to counter the current , "as we speak' , anti-DRS campaign of the European Packaging industry lobby.

Therefore the petition will also be distributed in Great Britain and the Republic of Ireland.

With the European elections of May 2019 in mind the goal of this petition is to gather
1 million signatures in Europe and present these to the European Parliament and the European Commission.
The EU-Commission has the political authority to implement a universal DRS with 1 decision simultaneously in all EU member states.
This will mark a huge step forward in reducing the plastic pollution of the oceans.

Until now this petition has been published in 9 languages : Dutch, French, English, Romanian, Hungarian, Russian, Polish, Italian and Spanish.