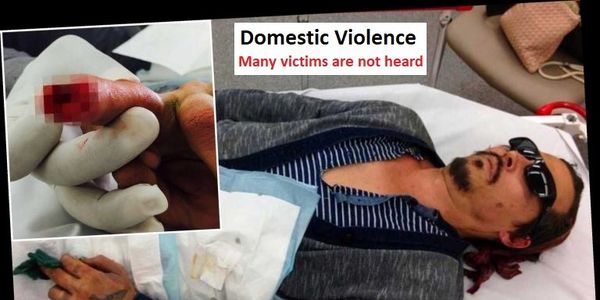 Stop predators abusing their prey in the marriage and the divorce. Reform the Domestic Violence Act now

Millions of victims around the world need protection

Amber Heard abused Johhny Depp in their marriage. She sliced his finger tip off. ... and in the divorce. She got $7 million by threatening to publicly accuse him of domestic violence. She abused the court. When she wanted his properties, she faked a bruise and got a protection order in his absence.

In millions of marriages around the world, predators hit, scream at, bully and control their prey, then punish them for escaping by stripping them of their children, assets and money using domestic violence protection orders, divorce orders and maintenance orders.

It happened to me. I was abused. To stop me leaving, she threatened to destroy me and take and alienate my children if I did. To get my house in the divorce, she bullied the children to lie. When they spoke out, she kidnapped them. She made them think she was entitled to withhold them because she wanted money from me (the video). The courts did not protect me or them. I have paid maintenance for 12 years for children I never see. When I sent a lawful offer of settlement to see my children, the police arrested me and the court jailed me.

You can stop this happening to Johnny Depp, me or you. Vote for law reform in my country (South Africa) and yours.

Care2
Stop predators abusing their prey in the marriage and the divorce. Reform the Domestic Violence Act now
DELENTWEET