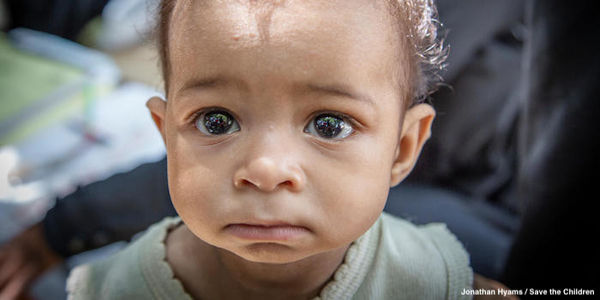 Stop the War On Children!

On July 15, an air strike in Yemen is reported to have killed nine people, including four children. This attack comes just three days after an air raid that killed six children and two women.

In just four days, 17 people have been killed including 10 children.

This conflict is a war on children. Yet, for too many people, the devastation in Yemen is an afterthought.

We cannot allow more children to stay trapped in this toxic cycle of violence, fear, malnutrition and disease, while bombs are falling around them and COVID-19 is holding the country in a tight grip, taking children's loved ones at will.

Five years of relentless war has left a mark on the children in Yemen. Every day, bombs destroy children's homes, hospitals and even schools. Their friends are shot and injured. Their families are killed.

The targeting and use of children in conflict is always illegal. Under international law, there are rules in place to protect them from harm, but too often these laws count for nothing. Unless our leaders understand that the public refuses to accept the war on children, we'll continue to fail an entire generation.

By calling for change from governments, and by supporting Save the Children's recovery programs helping children on the ground, we can make a difference for children in war zones.