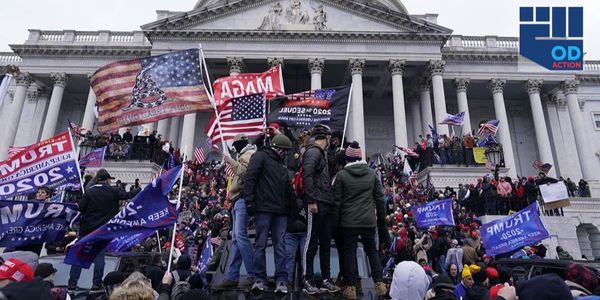 Tell Congress to expel the Republicans who plotted with Trump!

The January 6th committee released names of members of Congress who conspired with Trump on December 21st to overturn the election — and none of the names are that surprising. Many of the members have been wreaking havoc in our legislatures since, continuing to make a mockery of American democracy.

Add your name to demand Congress expel the Republicans who plotted with Trump!

As more information comes out, it becomes even clearer that these extremists knew what would unfold on January 6th (and even planned for it.) Their conspiring put countless lives in danger that fatal day — their followers, other legislators, Capitol staff, and all of the American people. These are people who have more than demonstrated they are unfit for Congress, and broke serious laws in the process.

Now that their names are out in the open, it's time to get them out of the Capitol.

Sign your name to call for the immediate expulsion of those who conspired to overturn the election!

Care2
Tell Congress to expel the Republicans who plotted with Trump!
COMPARTILHARTWEET