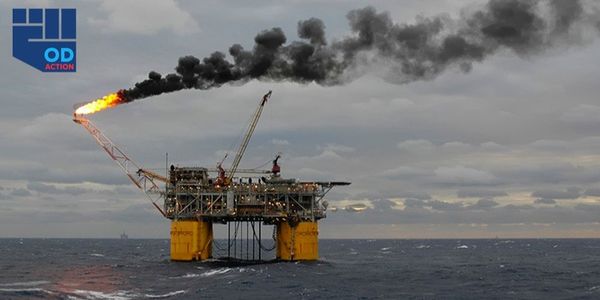 The frantic chorus from the scientific community could not be more clear: we must act now to stop climate change or the consequences will be beyond disastrous. But instead of heeding those calls like they said they would, the Biden administration has disappointingly decided to plow ahead with fossil fuel extraction, most recently auctioning off a slew of oil and gas leases in the Gulf of Mexico that could lead to 600 million tons of greenhouse gas emissions.

While the Biden team dutifully says all the right things about confronting the looming ecological apocalypse, their actions tell another story. Last year, the Bureau of Land Management approved an average of 333 new public land drilling leases a month, topping off at a ridiculous 652 leases in April alone.

"The president has basically only tried to tackle one side of the climate problem. He's talked a lot about building clean energy, but he hasn't done anything to stop fossil fuels. And you need to tackle both sides if we're going to address this crisis," says climate organizer Jamie Henn.

Add your name to demand an end to carbon-polluting fossil fuel drilling on public lands!

A recent U.N. report warned that major nations like the United States are "utterly failing" to reach their emission reduction goals and that the world is on track for a cataclysmic 2.7-degree increase in global climate rise this century.

United Nations Environment Program director Inger Andersen did not mince his words when outlining just how dire the situation is. "The world has to wake up to the imminent peril we face as a species. To stand a chance of limiting global warming to 1.5 degrees Celsius, we have eight years to almost halve greenhouse gas emissions: eight years to make the plans, put in place the policies, implement them and ultimately deliver the cuts. The clock is ticking loudly."

The time to act was twenty years ago. But now that the abyss is within sight, the last thing we need to do is keep marching towards it.