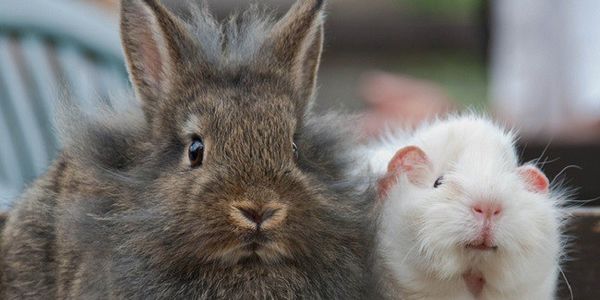 Your makeup, shampoo, and deodorant could be hiding a cruel and painful secret.

To test these and other cosmetic products, millions of animals are tortured through painful procedures like having harsh chemicals dripped into their eyes or rubbed on their skin. Afterward the animals are usually killed in horrible ways, such as being suffocated or decapitated.

Because this testing is so cruel and there are humane alternatives available (like engineered human skin cells), nearly 40 countries have banned cosmetics testing on animals. The United States is not among them, however. A proposed law to change this, the Humane Cosmetics Act, has repeatedly stalled in Congress.

Meanwhile, the state of California has been leading the way in enacting laws to protect animals from this testing. In 2000 it became the first state to ban the use of animals for testing if appropriate alternative methods are available. In 2014 it passed the Cruelty Free Cosmetics Resolution, which urged Congress to enact legislation establishing reasonable deadlines for the prohibition of the testing and marketing of cosmetic products that have been tested on animals.

Now California may become the first state to ban the sale of cosmetics tested on animals. The California Cruelty-Free Cosmetics Act (SB 1249), introduced by Sen. Cathleen Galigiana, would "make it unlawful for any cosmetic manufacturer to knowingly import or sell any cosmetic, including personal hygiene products such as deodorant, shampoo, or conditioner, in California if the final product or any component of the product was tested on animals after Jan. 1, 2020."

As a Californian, I'm proud of the steps my state has already taken to try to stop the use of animals in cosmetics testing. It's time to take the next step and ban the sale of these products statewide.