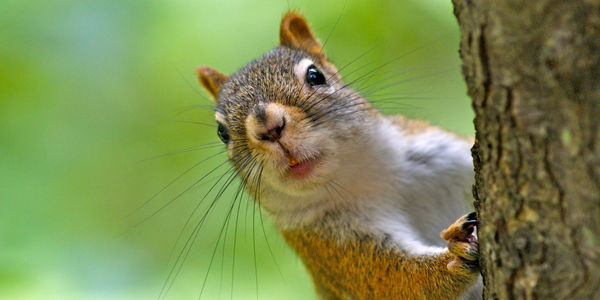 By Banning People from Feeding Wildlife, One City Just Saved a Lot of Wild Animals' Lives

Hoboken is the first city in the state of New Jersey to formally prohibit people from feeding birds and other wildlife within city limits! While human encounters with animals can make people feel great, they play a huge factor in wildlife fatalities every year. And though no fault of their own, animals often pay the price for humans feeding them.

Sign now to tell the New Jersey state legislature: bird and wildlife feeding bans are great for protecting animals, and the whole state should implement a similar ban!

The ban, which the city council unanimously approved, states that it is against the law for people to feed "birds, rodents, or any other non-domesticated wildlife on public streets, sidewalks, parks, and/or public places." And while many people enjoy feeding animals, there can be deadly consequences for wildlife.

Most wild animals have specialized diets, meaning the wrong food can literally kill them. On top of that, animals frequenting busy human settlements can have deadly consequences. Those that spend time near airports or roadways seeking human food are at heightened risk for vehicle-animal accidents and aircraft collisions, both of which kill millions of birds and mammals every year. Even if animals don't die directly from urban impacts, frequent contact with humans can also decrease their fear, which protects them from both humans and other predators.

Feeding in public can also have impacts on human health, too, as too many animals congregating in a single place tends to increase the chances of disease transmission between animals and people. There are clearly many reasons to stop humans from feeding wildlife - both to protect human and non-human lives alike - and Hoboken's recent policy is excellent news.