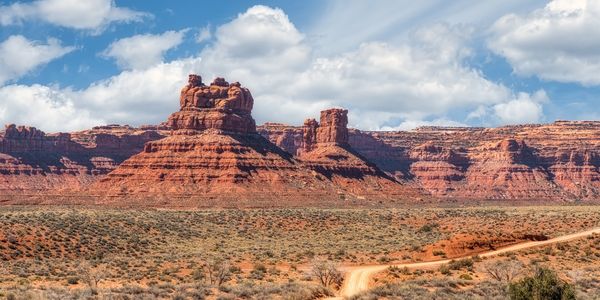 Bears Ears National Monument is almost 1.5 million protected acres of gorgeous, wild land that many call an "outdoor museum" because of how many "archeological and cultural treasure[s]" it holds.

Or, at least, it was 1.5 million protected acres until Trump slashed the area by nearly 85%. This opened it up to uranium and coal mining, gas and oil drilling, and made it impossible for agencies in charge of the monument to create infrastructure like paths, signs, and parking that would allow people to visit without degrading the natural landscape.

Sign the petition and demand that President Joe Biden and Secretary of the Interior Deb Haaland immediately restore Bears Ears National Monument to its original size!

If Bears Ears was expanded to its original designation, the entire area would be afforded federal protection and maintenance -- which was the entire point when President Obama proclaimed it a national monument back in 2016.

He and his administration realized the ecological, cultural, and historical significance of the southeastern Utah lands. Many Indigenous tribes can trace their ancestry back to that very region, which has remained sacred to this day. You can see that in archaeological artifacts, from ancient pottery shards to thousand-year-old rock paintings of bighorn sheep -- a species that still roams there today. Over 75 other species of wildlife depend on the land, including elk, mule deer, and even the threatened spotted owl. A wide variety of vegetation and habitat makes it possible for these animals to thrive.

But that vegetation, that topography, those animals, and the sacred artifacts were all put at risk when less than a year after its creation, in December 2017, Donald Trump made the callous -- and many claim illegal -- move to hack at Bears Ears until it was almost all unprotected. The nearly 1.5 million acres he whittled down to just over 200,000 so that his buddies in the fossil fuel industry could rip that beautiful land wide open to drill and mine for polluting substances like uranium, coal, and oil.

Because this was all such a scandal, it gained a lot of media attention -- and then the tourists started flocking. Without federal protections or funding, no one was in charge of managing these crowds, and soon the destruction began -- ATVs, motorcycles, and campers leaving tire impressions across sacred tribal sites. People pocketing artifacts. Foot traffic trampling important fossil sites. Human excrement everywhere as people come to visit for the day but find no bathrooms or outhouses have been built.