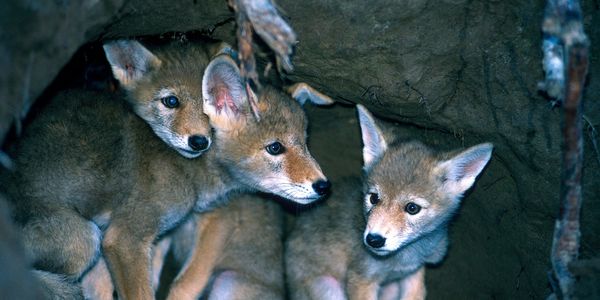 Over 1 Million Animals Were Slaughtered by the U.S. Government Last Year. Stop the Killing Now!

Last year, Wildlife Services killed a jaw-dropping 1.75 million animals. That is the equivalent of 200 animals killed per hour – an astonishingly high rate for an agency that claims to be ending animals' lives out of necessity. For years, scientists and environmentalists have been telling us that the harmony between our agricultural output and local ecosystems can be managed in much more humane ways than going on a literal animal killing spree – which actually turns out to be as ineffective as it is cruel. So why is the USDA still engaging in such reckless, ruthless behavior?

The impacts of this merciless program were felt by dozens of species, including vital native animals. In a single year, Wildlife Services killed over 400,000 animals that are a part of native species – from gray wolves, to black bears, to bobcats and foxes. Nearly 65,000 coyotes were slaughtered, some of them chased down and shot by people in helicopters – imagine how terrified they must have been.

These astronomical numbers are frankly unsustainable, even though sustainability is part of the excuse for all this murdering. Overall ecosystem health is put at risk when predator populations decrease, for example, by allowing for invasive species to thrive.

Beyond misunderstood animals that have historically fraught relationships with the USDA such as coyotes and wolves, the agency also killed alligators, armadillos, doves, owls, turtles, and many other beloved species. And in the midst of the ruthless violence, a moose, antelope, and even a bald eagle were shot. Accidental victims of the violent killing even include dogs, bears, and foxes, because Wildlife Services uses methods like brutal "leg hold traps, snares, and poisons" which don't discriminate in what they kill.