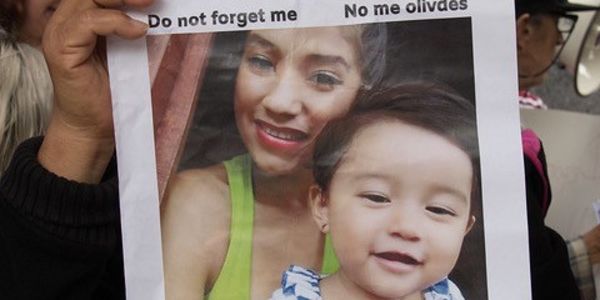 Many families and individuals of immigrants are being separated from each other because of Americas poor and inhumane treatment towards these individuals. This not only goes for Mexico's immigrants but many other community's forced to flee becuase of their society, they most likely live in a dictatorship. They come to America to fulfill their version of The American Dream but they can't, Do you know why? Because Americans are selfish.

This "situation" that America and our political system so harshly push to the side is becuase they dont want to face the fact that their wrong, they don't want to admit that no giving people these rights is considered unconstitutional . This has to change now because if we keep pushing it to the side, keep waiting for someone in the future to do something about it, they will not get the results they deserve or will do them justice. We cant wait to do something about it, now that we have a strong vocal generation we can do anything and everything which hopefully changes these ridiculouse laws.
I stand by my claim that Americans are selfish, its the truth. There are families outisde of these walls craving for freedom of speech, craving a stable Economy, atleast a decent environment. Parents sending their young children even babies to the border in hopes that they will make it to the other side, and a huge majority of the time they dont. I too come from a line of immigrants and its heartbreaking and traumatizing, I cant every begins to imagine being executed out of their own country to go to another their unfamiliar with, being separated from their family for years, and poor communication. But when I say we can do something about this I mean President Biden, Vice President Kamala Harris, The Supreme Court Justices, and many more politics and activists. We can do this, if we all just put in the good word or more, that's all it takes.
assinar petição
COMPARTILHARcompartilhar com meus amigos do FacebookTWEETE-MAILINCORPORAR
assinar petição
Ver mais petições:
O seu JavaScript está desativado. Sem ele, nosso site pode não funcionar corretamente.