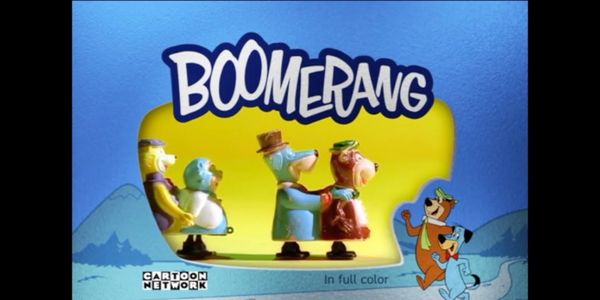 Dear Tom Ascheim
Ever since 2000, Boomerang has been the most greatest, popular, and nostalgic channel in history. It had tons of classic cartoons from the Hanna-Barbera, Warner Bros, MGM, and Paramount libraries like Yogi Bear, Huckleberry Hound, The Flintstones, The Jetsons, Looney Tunes, Tom and Jerry, Popeye, Secret Squirrel, Quick Draw McGraw, Top Cat, MGM Cartoons, Dexter's Laboratory, The Powerpuff Girls, Cow and Chicken, Scooby-Doo, Jonny Quest, Wacky Races, Atom Ant, Richie Rich, Pink Panther, Hong Kong Phooey, Laff-A-Lympics, The Banana Splits, Magilla Gorilla, Peter Potamus, and many many more. It had some memorable blocks like Boomeraction, Boomeroyalty, Scooberang, Boomerang Theater, Boomerween, Boomerang Christmas Party, Boomerandom, Boomeracers, Boomerock, Cartoons Without A Clue, Those Meddling Kids, Friday Marathon, Saturdays, Classic Cartoon Years, Favorite Color Fridays, Hanna-Barbera's Cartoon Corral, June Bugs A-Z, and many many more. And it had some great short blocks that play during commercial breaks like Shorties, Groovies, Wedgies, Boomerang-A-Long, and Retromercials. Now since January 2015, Boomerang doesn't air these anymore and became Cartoon Network 2.0. It now airs newer shows like The Tom and Jerry Show, New Looney Tunes, Scooby-Doo and Guess Who, Care Bears: Unlock the Magic, DC Super Hero Girls, Dorothy and the Wizard of Oz, Bunnicula and more. We really really REALLY want the old Boomerang back so badly because we miss our old channel that's full of nostalgia so much since we were little. That's why we, The Boomerang Fandom, are archiving all broadcasts right from April 1, 2000 to January 19, 2015 so we can relive our childhoods, and I think you will be the perfect guy to save our nostalgic channel and rebrand it back to how it was before. So from the bottom of our hearts, PLEASE BRING OLD BOOMERANG BACK! We want to relive our childhoods. #BringOldBoomerangBack