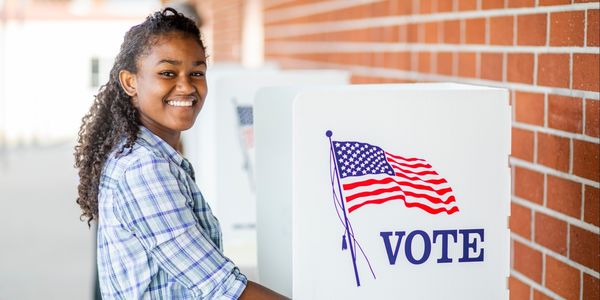 This Anti-Democratic Law Was Passed to Stop People From Voting. Sign to Demand It's Repealed.

Care2 Update: Luckily, a federal judge has blocked implementation of the Tennessee law that would make voting harder. Since the legislation is currently held up in court until a trial in 2021, it can't be enforced yet. But leaders could completely resolve the situation by just repealing the law entirely.

Slick Willy, aka Governor Bill Lee of Tennessee, has signed a diabolical bill into law. It will make it even harder for voters to participate in the election process. The new law will target voter registration groups for delivering forms considered to be incomplete or flawed. Among other penalties, organizations that turn in too many incomplete forms (100 or more) can be fined up to $10,000 per county in which the registrations took place.

Lee, a Republican, signed the bill after both houses — under a Republican supermajority — passed the bill.And it is widely seen as a tricky way to undermine voter outreach efforts that usually impact minority communities and places that tend to vote for Democrats. Last year, for example, the Tennessee Black Voter Project signed up more than 86,000 voters but could have faced significant fines if just 0.001% of these registration forms were incomplete. Eighty-six thousand voters are enough to seriously impact the outcome of an election.

The bill will be the first of its kind in the nation that will impose civil penalties for such "offenses." If it stays in effect, it risks having a severe chilling effect on voter registration efforts for Democrats in what will be one of the most critical election years in American history.

To make matters worse, Tennessee ranks third among the states with the lowest voter turn out. The governor and his fellow Republican politicians should be working on ways to encourage more Tennesseans to vote rather than putting up obstacles.

Tell Gov. Lee that this law is dangerous and un-American. Sign the petition and tell him to repeal this anti-democratic law.

Care2
This Anti-Democratic Law Was Passed to Stop People From Voting. Sign to Demand It's Repealed.
COMPARTILHARTWEET