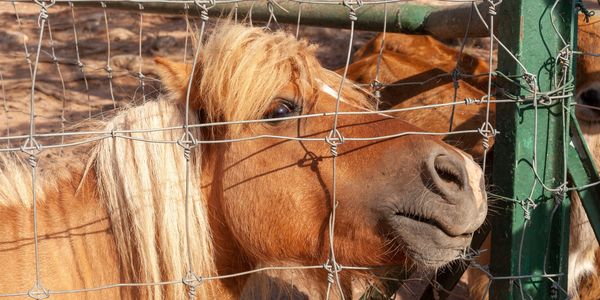 Over 50 Wild Horses Needlessly Died in Cruel Captivity. When Will the Bureau of Land Management Do Better?

Wild horses are an iconic part of the American western landscape. Fossil records show that these majestic animals have inhabited the continent for at least four million years, and possibly even longer. Like most species, they require careful management to protect the population and ensure that they do not interfere with other ecosystems or human agriculture. But the Bureau of Land Management has been using questionable, overly cruel methods to keep horse populations in check, and after dozens of wild horses died at a holding facility in a span of a few weeks, we have some questions.

Sign now to demand that the Bureau of Land Management investigate this facility and reform its annual budget to emphasize humane management practices!

Since April 23, nearly 60 wild horses have tragically died in a holding facility in Colorado due to a highly contagious disease outbreak. As people who care about animals' well being know all too well, this is a nearly inevitable consequence of forcing wild animals to live in unnaturally close quarters.

In order to manage wild horse populations, the Bureau of Land Management also uses unethical scare tactics to hoard the animals into holding pens in the first place. Terrified horses are chased for miles over rough terrain by deafening helicopters. Those that survive the chase are torn apart from their herds – mothers from their foals, generations of families separated forever. Handled brutally, they are forced into tight, dangerous holding pens. Some horses never make it out, suffering from traumatic injuries or deadly disease outbreaks such as this one. Others simply enter permanent captivity and never return to their natural habitat again, and others still are shipped off to slaughter.

To make matters worse, the facility in question is taxpayer funded. This means that American tax dollars go towards paying for unethical treatment that the vast majority of morally oppose. While conservation of course requires population management, the Bureau of Land Management is using terrifying methods that make entire herds suffer on the dime of working Americans. But there are other methods to achieve this same goal, such as fertility control, which can be administered in the wild and is advocated for by animal scientists. This would both save taxpayers money and monitor horse populations in an ethical way that doesn't subject them to unnecessary suffering or death. Science also tells us these compassionate, measured methods are more effective.

Care2
Over 50 Wild Horses Needlessly Died in Cruel Captivity. When Will the Bureau of Land Management Do Better?
COMPARTILHARTWEET