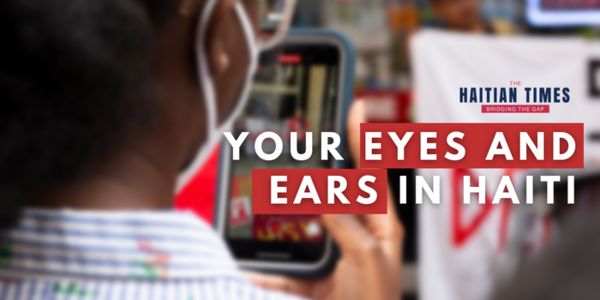 Hear the Stories of Haiti and Haitian-Americans

Haitians in the United States have transformed from a group of transient exiles into a vibrant immigrant community in the span of three decades. Its members have become an inextricable part of American society, making strides in politics, business and the arts. At the same time, Haiti's social and political tumult remains a source of great concern for the community, even as an enduring pride holds it together.

The Haitian Times is a leading voice in the community's evolution; it aims to bridge the generational and geographical gaps among Haitians. We tell the real story of Haiti and Haitian-Americans and of the culture that binds us all across borders. With a team of journalists on the ground in Haiti, we are able to focus on providing quality and accurate journalism.

Only The Haitian Times can give a deeper look into the day-to-day lives of Haitians. Our special investigation into Haiti's gang crisis tells the stories and struggles of residents in Haiti, and how gangs have become empowered due to the resident's needs for basic services. Rampant violence, or "insécurite" as Haitians call it, plagues the Port-au-Prince region as neighborhood-based gangs fight to control the capital and its surrounding areas. By one count, at least 150 gangs exist in Haiti, according to Fondasyon Je Klere (FDJ), a human rights group. And according to the United Nations, between January and June 2022 alone, violence related to their battles have left more than 934 people dead.

Our special investigation dives into the lives of those affected by gangs and the lack of resources, while also outlining potential solutions. Sign up to join our list and get access to one-of-a-kind investigations like this, along with:

Care2
Hear the Stories of Haiti and Haitian-Americans
COMPARTILHARTWEET