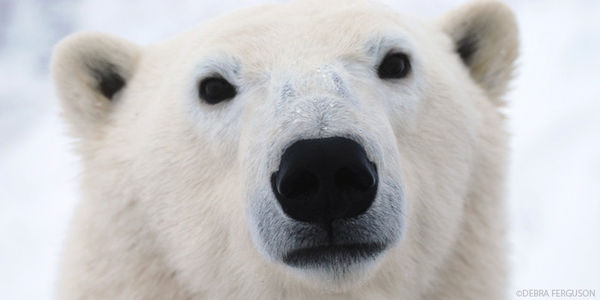 Wildlife is in big trouble. In May, hundreds of international experts released a devastating report: As many as a million species of plants and animals are in danger of extinction, some within the next decade.

This unprecedented report shows we must act together to combat climate change and protect critical habitats for wildlife, before these species disappear.

The Endangered Species Act (ESA) is our strongest tool to prevent threatened and endangered species from going extinct forever. It's also wildly popular with the American public.

So why are some politicians trying to weaken it?

We cannot let the last line of defense against extinction for the Mexican gray wolf, the North Atlantic right whale, the Florida panther and so many more be eviscerated.

I am writing as an advocate of wildlife and a constituent of yours to ask you to stand strong on the Endangered Species Act (ESA) and oppose all efforts to rewrite or "modernize" America's landmark wildlife conservation law, which serves as our last line of defense in preventing permanent species extinction. I am also writing to express my support for environmental protections.

The disturbing reality is that one million plant and animal species are on the verge of extinction, according to a new report compiled by hundreds of international experts. This unprecedented report shows we must act together to strengthen and fully fund the Endangered Species Act, combat climate change and protect critical habitats for wildlife.

The ESA is one of our nation's most effective and popular conservation laws on the books. It has saved species like the American bald eagle, the California condor, the brown pelican and the Florida manatee from irrevocable extinction. Polling from 2015 shows that 90% of voters support the law. It is also tremendously flexible, requiring that federal, state, tribal and local officials work together to protect endangered wildlife. The ESA's tremendous record of success can be further enhanced through improved implementation of the law. There is no need for any legislative changes to the statute.

Any efforts to weaken the ESA are not a reflection of the will of the American people who want the recovery of our most imperiled species to be left to scientists - not politicians.

I urge you to do everything you can to stand up for this landmark law and protect threatened and endangered species for generations to come.