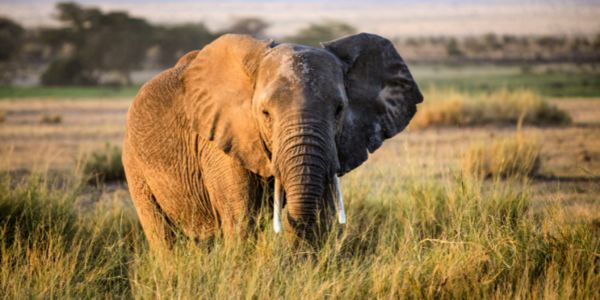 In December 2018 the UK Government passed the Ivory Act 2018 and hailed it as "world-leading legislation" to protect elephants. More than three years later and it still hasn't been implemented into law; it is currently just a piece of unused paper. The Government has announced a further delay and says it intends for the Act to come into full force in spring 2022.

The International Fund for Animal Welfare (IFAW) has been deeply concerned by the delays to implementation and is now further worried that the Act may not be implemented as effectively as possible.

In the summer of 2021 we published research into the scale of UK ivory trade prior to the ban coming into force. Sadly, the 12-day snapshot of research found that a significant amount of ivory continues to be legally bought and sold in the UK. During the research period, 913 items of ivory were discovered available for sale, averaging around 76 items each day.

We are urging the Government to make the Ivory Act as effective as possible, including introducing an official process for secure disposal and destruction of ivory items donated by the public.

Please join IFAW by writing to your Member of Parliament to ask them to contact the Secretary of State for the Environment, requesting that the Ivory Act is made as effective as possible!

ler carta de petição ▾
I am writing to you as my MP to ask you to please write to the Environment Secretary, George Eustice, on my behalf, urging him to remove unwanted ivory from UK markets.

In December 2018 the UK Government passed the Ivory Act 2018 and hailed it as "world-leading legislation". More than three years later and the Act still hasn't been implemented into law; it is just a piece of unused paper. With yet another delay, the Act now won't be in force until at least spring 2022.

I am aware that the International Fund for Animal Welfare (IFAW) published research into the scale of the UK ivory market that discovered 913 items of ivory available for sale, averaging around 76 items each day. This is no small amount of ivory being traded, with every piece representing another dead elephant; each killed for trinkets, jewellery or carvings that nobody needs.

As some people continue to buy and sell ivory in the UK, many more are desperate to get rid of unwanted items they may have inherited, received as gifts or even bought many years ago but since decided they no longer want due to their links to the bloody ivory trade. IFAW expects that even more households will be rejecting ivory once the Ivory Act 2018 is finally implemented.

In June 2021, Defra Minister Rebecca Pow stated: "The Ivory Act will not affect the ownership of ivory items and as such we have no plans for a government surrender scheme at this time."

With no plans to provide a safe space for ivory to be removed and destroyed there is the potential for items to inadvertently come back onto the market. There are UK agencies who are able to remove items, but there needs to be a system in place so that they are not overloaded and to ensure items are not being sent across UK mail services in an unsafe manner.

Please ask the Environment Secretary to reconsider his department's position and ask them to urgently put in place a system for the safe removal of unwanted ivory products in the UK.

Without such a system in place, the Ivory Act cannot be considered to be the "world-leading legislation" the Government has heralded it as.