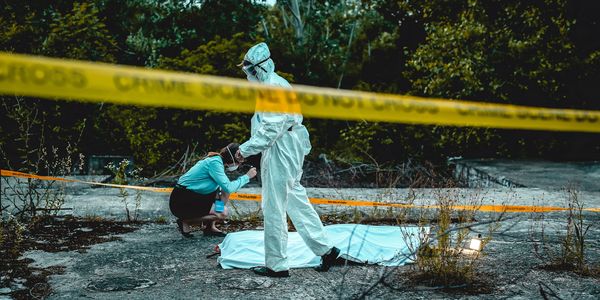 Women in Turkey Are Being Murdered at Alarmingly High Rates and the Government Doesn’t Seem to Care!

In late July 2020, the remains of Pinar Gultekin, a 27-year-old Turkish woman, were found. Her murder was brutal -- she was strangled and then placed in a barrel with concrete and set on fire. Her former partner, Cemal Metin Avci, has been arrested for the murder. What's even more tragic than this horrifying murder is that it's extremely common in Turkey. That's why Pinar's murder sent women out into the streets in protest. Because not only is femicide -- the murder of women and girls -- extremely common; the government is actively trying to roll back legal protections for women and girls.

Sign the petition to stand with the women of Turkey in demanding their human rights are respected and protected!

Apparently, Pinar's ex boyfriend has admitted that he killed her, saying that he did it to keep the affair from his wife. Shockingly, that defense may actually protect him. It even has a name: the "tie reduction", wherein if a man says he acted on impulse and is religious or dresses nicely, he can often get away with literal murder. This is why Turkish women are so angry: the laws are written to only protect some women. This means that if a woman was being "promiscuous", like being in an extramarital affair, the law may end up seeing that as solid grounds for murder! Make no mistake: these are legal "honor killings".

In 2011, Turkey actually adopted a legal framework from a Council of Europe convention that provided protections against gender based violence and domestic violence and ever since, the men in the country have been viciously trying -- and succeeding in some cases -- to tear that down. In one study, 42% of women ages 15-60 had suffered physical or sexual violence from their partners or husbands. The culture is extremely patriarchal and even their leaders say denigrating things towards women in public. Their current president, Erdoğan has literally said women are not equal to men and that women without children are deficient.

In 2021, Erdoğan even went so far as to withdraw Turkey from the Istanbul convention, "the landmark international treaty to prevent violence against women and promote equality." But polls showed that this was in stark opposition to what the people of Turkey actually wanted -- a mere 7% were against the convention.

There is a movement called "We Will Stop Turkish Femicide" that is trying to create better legal protections for women and girls in Turkey. After Pinar Gultekin's murder, people associated with this effort began posting black and white photos of themselves to represent the endless black and white photos of murdered women that show up in their newspapers. Their message was clear: I could be the next murder victim and I won't stand for that.

Please sign on to show support to this Turkish movement to end femicide!

Care2
Women in Turkey Are Being Murdered at Alarmingly High Rates and the Government Doesn’t Seem to Care!
COMPARTILHARTWEET