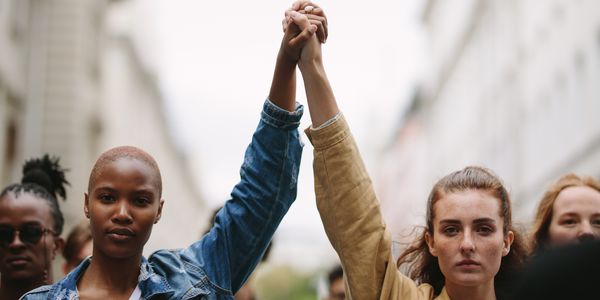 The Supreme Court Is About to Overturn Roe v. Wade, Clearing a Path for Draconian Anti-abortion Laws in Over Half of States

A shocking leak revealed the Supreme Court has voted to overturn Roe v. Wade, the decision that guarantees abortion access across the United States. Roe v. Wade has safeguarded reproductive rights and access to lifesaving healthcare for nearly half a century. If Roe falls, it will have dangerous consequences, particularly for poor people in the South and Midwest where Republican-controlled states are poised for near or total bans. We must fight this attack on bodily autonomy by demanding that Congress pass federal abortion protection, now.

The repeal of Roe v. Wade will have devastating, fatal consequences for people seeking to end their pregnancies. Sign the petition to demand Congress pass abortion protection federally!

If Congress fails to pass national abortion protection, over half of all U.S. states are ready to ban abortion. There are 13 states who can enact bans immediately if Roe v. Wade falls through "trigger laws" that are already on the books -- a tidal wave of anti-choice legislation that has been held behind the dam of Roe.

Currently, every state has at least one abortion clinic, but now, clinics in 22 states could shut down -- affecting 42 percent of Americans who identify as women, and not counting people with uteruses who don't identify as women. This will disproportionately impact poor, Black, Latina, teenagers, uninsured, and undocumented immigrants. Outlawing abortion is simply outlawing safe abortion -- without access to legal procedures, we know that people who want to end their pregnancies will attempt dangerous methods.

The decision to terminate a pregnancy is deeply personal, and can be based on countless valid reasons. When it comes right down to it, not wanting to be pregnant is reason enough. But beyond that, the financial, physical, and emotional toll of pregnancy and parenthood can also lead someone to decide to receive an abortion. These circumstances are especially bad in the United States, where the same lawmakers who want to force people to remain pregnant are the ones who resist providing any form of support for them -- from paid leave, to healthcare, to funded welfare programs, and beyond. Politicians banning abortion while making pregnancy and child rearing impossibly hard is an utterly cruel detail in all of this.

This decision, which essentially attacks privacy, could snowball into a wider threat to marriage equality and civil rights. Samuel Alito, the Supreme Court justice, who wrote the exposed document, explicitly criticizes same-sex marriage in the document, citing the same reasons.

The decision to overturn Roe v. Wade will reverse nearly 50 years of progress towards reproductive rights, and will likely lead to attacks on marriage equality and civil rights. Sign the petition to tell Congress federal abortion protection is desperately needed!

Do you want to take more action but don't know where to start? Consider donating to some of the organizations that are leading the fight to make sure everyone has reproductive freedom, like National Abortion Rights Action League (NARAL), Reproaction, Center for Reproductive Rights, and Planned Parenthood Action Fund.

You can also donate to an abortion fund local to you or search by location. Keep in mind the most at-risk states if Roe falls: Arkansas, Idaho, Kentucky, Louisiana, Mississippi, Missouri, North Dakota, Oklahoma, South Dakota, Tennessee, Texas, Utah, and Wyoming.

Care2
The Supreme Court Is About to Overturn Roe v. Wade, Clearing a Path for Draconian Anti-abortion Laws in Over Half of States
COMPARTILHARTWEET