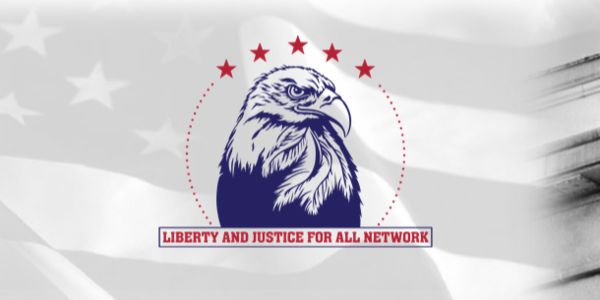 Too many African Americans are being persecuted by fellow white citizens in the United States through domestic violence. At some point you stop to ask yourself questions about the country you live in and how it will eventually affect your lifestyle. I was raised in a Christian home, and I never thought I'd ever see the day where racism was the focus of attention in our country. I still can't believe for 400 years so many white people have lived with such agony of pain in their heart against one race of people who have not done anything to them. It is very arrogant to hate someone because of the color of their skin. To hate people over skin color does not make any sense to me, but it is the most ignorant thing I have ever seen. That's the same thing as being a bully. Today in public schools children who bully others are expelled from school, sent home, or disciplined by local police or government authorities. The Bible says in 1 John 3:15 that "Hate" is the same as "Murder". It reads, "Whosoever hates his brother is a murderer, and you know that no murderer hath eternal life abiding in him". I reflect back on a statement made by Donald Trump on August 19, 2017. He said, "Our great country has been divided for decades. Sometimes you need protest in order to heel, and we will heel, and be stronger than ever before!" I assume he misspelled the word heal as heel. However, his statement is true as far as the country being divided for years, but it has never healed and most likely never will until Jesus Christ comes back to deal with all the evil those with hate have done.

I've never seen so many people who do evil things, claim to be good. They rule in court as judges, in hospitals as doctors, on police force as protectors, in church as leaders. I don't have the answers for any of this deceitful rebellion, but I do know it is a problem we must deal with in this country before what we have to say matters no more.

I can't began to talk about all the innocent men, woman, and children a variety of colors who have lost their lives over things as simple as a broken tail light, a traffic ticket, holding a cellphone, reaching for a license, holding a toy gun, turning and running, hands in the air, wearing a hoodie, or just for being black. None of these crimes started today. They have been going on for a very long time. The people who do these crimes often get away with them through connections they have in government and power systems. Way too long for Moses, way too long for Jesus, and way too long for Apostle Paul. I set out to do my part by helping others the best I can using a platform I'm good at. My goal is to help others without being falsely accused of the same thing I'm trying to find a solution for. There are reverse psychology effects that can be tossed and turned in race cases. Through efforts to help others, you often end up getting falsely accused. I will certainly try to stay clear of these claims if any are made. There are lessons we can learn in all these hate crimes. One thing is certain, they are not accidents and neither are they coincidences. They are premeditated crimes criminals set out to do, knowing they would be protected under immunity, or white privilege. I'm a black woman, and I wake up every morning lifting prayers to God for protection for my children. Not because I'm concerned about having a flat tire, but because of the wickedness people with hate do to others and make them look like accidents when they are crimes. I don't think it is fair to allow any employee of government the opportunity to commit a crime and receive protection under immunity because of the color of their skin or claims of white privilege. Using the word "White Privilege" alone I would think also is a crime, because it indicates a particular class of people with white skin are allowed to commit crimes, and break laws others are not. It also indicates they are not equal to another person because of the color of their skin but superior to those skin color inferior by man. That's criminal, injustice, unfair, unrighteous, and partiality. There is a root cause for most of the white crimes we see today. They are all based on "White Privilege" and "Immunity" communities that protect white civilians with intent to cause harm to others through racist practices.

Allowing "Racist" "White Privilege" and "Immunity" civilians to "Provoke" others to "Wrath" is a crime of the "Racist" "White Privilege" and "Immunity" communities and not the victims they have provoked to anger and put in distress. This is the system of injustice, not just to victims of colored people, but also to those who work in places of government, business, or religion who receive such treatment based on these grounds of practices. I think it is fair to judge these actions based on morality, because these activities are unmoral, and unethical on any level of organization. I petition "Racism" should be considered a "Terrorist Act" on the level of a felony because so many victims have lost their lives behind this practice. The trigger was pulled without hesitation and the terrorist was sane when the crimes are committed. I petition "White Privilege" as "Discrimination" practices because it prohibits people of color from being able to receive the same opportunities as others who are white. I petition that "Immunity" be judged as terrorist acts in business, or government where any crime causing pain and suffering or death is present. I petition life in prison for Racism, and Immunity acts by individuals found guilty under this sanction. I petition 1 to 10 years in prison if use of "White Privilege" in any business, government, or religious environment.

Thanks for reading my petition. I hope you share it with all your friends and help me connect with people around the world who want to make a difference in the lives of those who truly want healing. Please sign it and share it with as many people as possible to help give justice to those who are not able to obtain it. This is where it starts. Help me save lives while people have it, rather wait until the worse to say something!