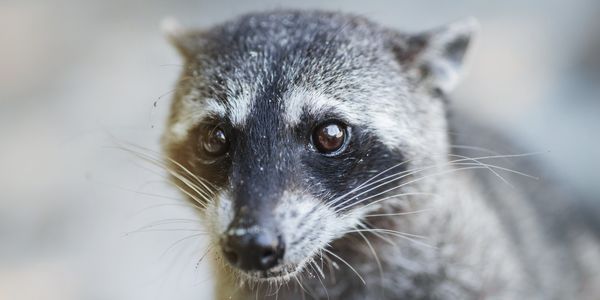 Before They Are Murdered for Their Skin and Fur, Trapped Animals Like Raccoons and Foxes Suffer Horrific Torture

As animal rights activists have long warned, wild animals trapped for their fur undergo extreme violence – from suffering for hours or even days in bone-crushing, steel jaw traps to being bludgeoned to death with baseball bats. For hundreds of years, people have brutally murdered innocent creatures in the name of fashion. Now, thanks to the fearless investigation from Born Free and the Human Society International, the public can see what fur trapping actually looks like.

Sign now to demand that Congress ban all fur trapping in the United States!

The investigation footage from Born Free, in collaboration with the Humane Society of the United States and Humane Society International, depicts the brutal process of fur trapping: people beating raccoons to death with a baseball bat, stepping on animals with their full body weight, and throwing animals around in the bed of trucks before they are even dead. Even worse? There is video evidence of trappers gleefully enjoying their violence, even keeping the toe of a coyote as a souvenir. Footage also shows a dead cat among the victims, confirming that even non-targeted animals – our loving family pets – get caught and killed in this brutal process.

Not only does the practice of trapping cause untold suffering to the poor animals involved, it's also not even in demand any more. In fact, the entire fashion industry is moving away from fur, with Armani, Gucci, and Calvin Klein leading the way. Fashion magazines are following suit, with Elle recently committing to not advertising any fur in its pages. If people don't want to wear fur, why are we still allowing trappers to participate in violent slaughter?

Trapping is clearly a thing of the past, and this footage confirms we must commit to legal action to end the violent act altogether. California has banned fur trapping, but a single state ban is not enough. In fact, fur trappers have publicly threatened to leave California to practice their inhumane violence elsewhere in the United States. We must urge Congress to ban all fur trapping now!
assinar petição
COMPARTILHARcompartilhar com meus amigos do FacebookTWEETE-MAILINCORPORAR
assinar petição
Ver mais petições:
O seu JavaScript está desativado. Sem ele, nosso site pode não funcionar corretamente.

Care2
Before They Are Murdered for Their Skin and Fur, Trapped Animals Like Raccoons and Foxes Suffer Horrific Torture
COMPARTILHARTWEET