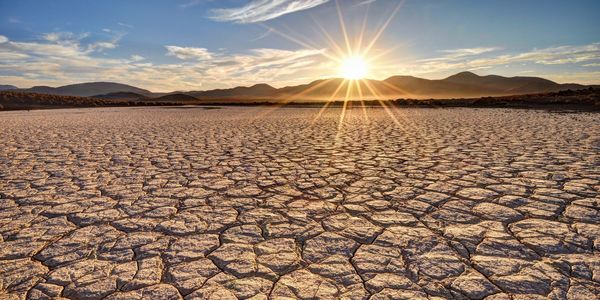 Utah’s Great Salt Lake is drying up, and it’s killing birds, releasing arsenic into people’s lungs, and threatening the economy

Utah's Great Salt Lake is a wonder to behold -- it is the largest saltwater lake in the Western Hemisphere and the largest natural lake west of the Mississippi river. It is filled with life like a healthy population of sea monkeys and brine flies, that in turn attract and support over 300 species of birds. It offers beautiful opportunities for recreation, like boating, swimming, and birdwatching. Ask any Utahn, and they'll tell you it's a fixture of life in the state.

But it's not long for this world -- the Great Salt Lake is literally drying up, due to a combination of climate change and over-diversion of water from the lake for consumption, farming, and other human activities.

Sign the petition to ask Salt Lake City Officials to prevent the Great Salt Lake from drying up! They must implement public education campaigns, policies, and standards to fight climate change, as well as over-diversion and consumption of water from the lake!

Water levels in the Great Salt Lake are the lowest they've been in over half a century. Humans have always siphoned water from the lake for purposes of supplying water to locals, farming, and the like. But when working in parallel with climate change, this diverting of water from the lake is causing its shorelines to recede and its waterline to drop to dangerously low levels. Losing this incredible landmark just because it creates beauty, hosts recreation, and holds history should be enough to compel us -- but the other consequences of this lake totally evaporating are far more dangerous.

Utah's soil is high in arsenic, and this toxic compound is picked up by tributaries and carried to settle in the lake. Normally, the water keeps it from going anywhere, and it doesn't threaten wildlife or properly-treated diverted water. But when the lake recedes, it leaves dry, dusty arsenic-filled dirt out in the open -- and when the wind kicks up, this arsenic is carried straight into the lungs of nearby people.

The lake drying up also obviously has deadly effects on the animals and organisms that depend on it. Brine shrimp -- known to most of us as sea monkeys -- and brine flies cannot survive, and since they are a food source for millions of birds, they also are at risk of dying as well. Sea monkeys are also harvested and shipped worldwide for fish food, adding millions of dollars to Utah's economy. Combined with recreation and mineral extraction, the Great Salt Lake contributes close to $1.3 billion dollars to the state's economy -- money that will also dry up if we don't do something to prevent the lake's fate.

Many places in the U.S. are experiencing the same droughts that are contributing to the lake's drying, such as California. In that state, there are well known efforts to curb water use within reason. Some of those areas public education campaigns about personal water waste, standardizing and monitoring water use by businesses, and raising water utility prices. Utah is not doing nearly enough of these effective strategies. For example, Salt Lake City currently has one of the lowest water prices in the country.

We know what works, we just need to convince Utah to do it! Tell the officials of Salt Lake City to do their job to protect one of the city's most treasured, important landmarks! Don't let the Great Salt Lake dry up!