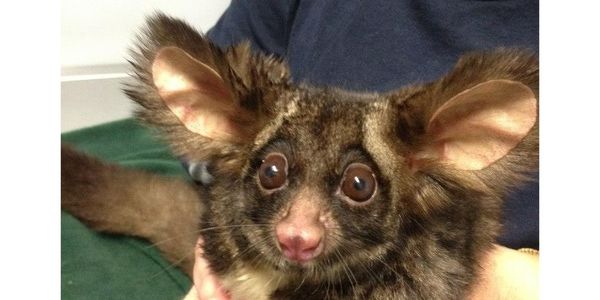 Two new, adorable animal species were just discovered in the treetops of Australia, but they are already in danger!

The Australian greater glider gets its name from its graceful mode of transportation -- the little marsupials are slow and uncoordinated on the ground, so they prefer to fly between high treetops. With the two membranes on each side connecting their elbows to their ankles, they turn themselves into perfect little sails, their tails acting as steering rudders.

Up until 2020, wildlife experts thought the greater glider was just one species. But according to one Australian professor, "Australia's biodiversity just got a lot richer." The greater glider is actually three different species!

But even before this discovery, the greater glider's population was listed as vulnerable. Now that the entire population is actually divided into three smaller ones, they are more vulnerable than ever!

Marsupials are mammals that are born before they are finished developing, so their mothers carry them in external pouches -- think kangaroos, or koalas. Besides their pouches, these types of mammals share another common trait: much of their Australian populations and habitats were devastated during the country's unprecedented 2019-2020 bushfires. It is estimated that three billion animals were killed or displaced during the deadly season.

In the wake of the extreme destruction, fueled by hotter temperatures and drier conditions brought about by climate change, many Australian species and their conservation statuses are being reassessed. That means we literally don't know how endangered the different species of greater gliders are, even though we just learned about them.

Marsupials specifically are struggling to recover from the bushfires. The stark reality of how little conservation laws were doing to protect these vulnerable animals has come to light too late, the bushfires the final nail in the coffin that no one realized (or wanted to admit) was being built. Human development, deforestation, and climate change left koalas, wombats, and other marsupials like the greater glider at too great a disadvantage.

More than 80% of plant and animal species in Australia are found nowhere else in the world. Yet Australia has the highest rate of mammal extinction in the world. That means that when an animal is lost in Australia, it is lost from the face of the earth. And that is happening at far too high a rate.

Australia needs to take the joyous discovery of two entirely new animal species as a sign -- protect them and their fellow marsupials now, or lose them forever.

Sign the petition demanding that Australia implement protections, immediate and strong, to keep each species of greater glider safe and thriving!

Care2
Two new, adorable animal species were just discovered in the treetops of Australia, but they are already in danger!
COMPARTILHARTWEET