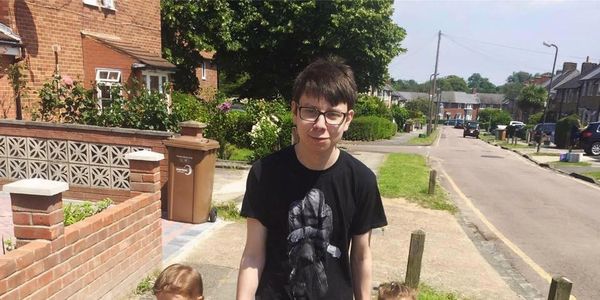 Our eighteen year old son took his own life on 1st November 2016 due to being bullied all his life. He had suffered from depression since the age of five, after three teenagers tried to hang him from a noose. None of the teenagers were prosecuted. These same teenagers went on to sexually assault a young girl in the same park six months later.
Bullying ruins lives. Our son had his whole life in front of him. He never had the chance to experience going to university, having a girlfriend or even drinking alcohol.
Whilst harassment is already illegal, this law is often not properly applied in cases of bullying of children. The law needs to be clarified and strengthened by specifically describing bullying as an offence, and referencing children as potential victims and/or perpetrators.
As a family, our aim is to have a law passed that bullies should be prosecuted for harassment. Anti-bullying should also be part of the education curriculum.
Our children are our next generation. What kind of world will they have if we continue to let this happen to our babies?
We appreciate your help in signing this petition. Be a part of making our children safer. Thank you for your help, understanding and compassion. Together we can make the change. God bless you and your children x

ARTICLE 3 OF THIS ACT STATES THAT: No one shall be subjected to TOURTURE OR INHUMAN TREATMENT OR PUNISHMENT.

In october 2000 the humen rights act 1998 became law in the UK and this means that all schools could have charges brought against them under this act if they allow the rights of children / young people that they work with to be breached through failing to take BULLYING SERIOUSLY.

THE PROTECTION FROM HARASSMENT ACT 1977:

In 1977 legislation was introduced to deal with STALKERS and also provide a more effective protection for ABUSED WOMEN the legislation is perfect for cases of BULLYING.

Schools / headteachers have statutory power to DISCIPLINE pupils for poor behaviour outside of the school premisies. SECTION89 of the education and inspections act 2006 gives headteachers the power to regulate pupils conduct when they are not on school premisises and are not under the lawful charge of a member of school staff (NOTE THIS LEGISLATION DOES NOT APPLY TO INDEPENDENT SCHOOLS)

THIS IS IMPORTANT BECAUSE OUR CHILDREN ARE TO SCARED TO SOCIALISE GO TO SCHOOL OR MIX WITH OTHERS DUE TO FEAR OF BEING VICTAMISED. IT WILL ALSO HELP OUR WORLD TO STAND TOGETHER IN SOLIDARITY AND TELL THE POWERS THAT BE ENOUGH IS ENOUGH. 13 YEARS IT TOOK TO GET ARTHUR THE HELP HE RIGHTLY DESERVED AND A YEAR LATER HES NO LONGER WITH US. THE REASON BEHIND IT WAS "HE WILL GROW OUT OF IT" AND WE JUST DONT HAVE THE FUNDS. NO DISSRESPECT AS I THINK COMPASSION FOR OTHERS GOES ALONG WAY BUT WE ARE MORE FOCUSED ON SAVING EVERYONE ELSE APART FROM OUR HOMEGROWN PATRONS. PLEASE HELP US HELP YOU YOUR SIGNATURE COUNTS "STOP OUR CHILDREN FROM SUFFERING INHUMAINELY BEAT BULLYING NOT A CHILD"