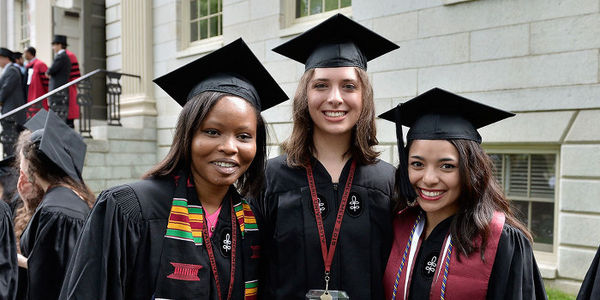 Protect Racial Diversity in Our Colleges and Universities

Our nation's colleges and universities are strengthened by cultivating diversity and addressing barriers to equal opportunity.

Yet, the plaintiffs in Students for Fair Admissions (SFFA) v. Harvard are trying to eliminate race from consideration in college admissions, threatening diversity at Harvard and at colleges everywhere.

In 2016, the Supreme Court reaffirmed in Fisher v. University of Texas that universities may consider race in the admissions process. The elimination of the consideration of race, as one of many factors, in admissions at Harvard would set a dangerous precedent

The NAACP Legal Defense and Educational Fund, Inc. (LDF) has fought for equal educational opportunity since its founding – including securing a landmark victory in Brown v. Board of Education, in which the Supreme Court declared the doctrine of "separate but equal" unconstitutional. Now, LDF is representing a group of 25 Harvard student and alumni organizations  – comprised of thousands of Asian American, Black, Latinx, Native American, and white Harvard students and alumni– to defend diversity against attacks from SFFA and to create a more equitable future for all.

If you believe diversity matters at all levels of education, stand with LDF in support of educational opportunity by taking the pledge now.

Care2
Protect Racial Diversity in Our Colleges and Universities
DELATWEET